There are too many current-events articles and videos these days to try to post them separately.

We don’t expect anyone to read or watch every one, but to select those you want, consistent with the events you’re following.

I haven’t yet solved the problem of an article which is mostly-useful and apparently-reliable information and then descends into memes. Please use your discernment and spit out the seeds.

To go to non-Youtube videos, click on the graphic.

Having to go to Hooktube or Bitchute is the price we pay for defeating censorship.

Please consider the extra effort involved as what you contribute as digital soldiers and warriors of peace to a change in planetary management; that is, to a world that works. 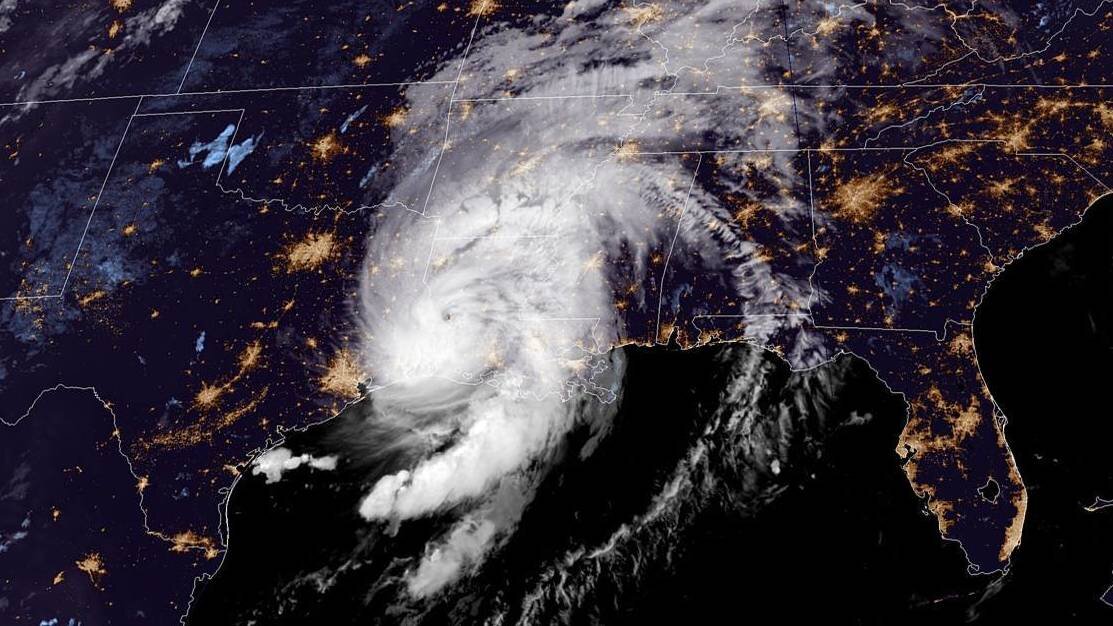 Laura rapidly intensified into an extremely dangerous storm as it neared land, with the Gulf of Mexico’s warm waters spinning its maximum sustained winds up to at least 150 mph.

When the storm’s eyewall moved onshore around 1 a.m. ET, forecasters at the National Hurricane Center emphasized the personal threat to anyone in its path:

“TAKE COVER NOW! Treat these imminent extreme winds as if a tornado was approaching and move immediately to the safe room in your shelter. Take action now to protect your life!”

The advisory instructed people to get under a table and shield themselves with mattresses and blankets.

The hurricane made landfall as a Category 4 storm, crossing over Cameron, La., roughly 35 miles east of the Texas border. Laura has since weakened, but the National Hurricane Center warns that “a life-threatening storm surge with large and destructive waves will continue within the Storm Surge Warning area this morning.”

The dangerous surge of water could reach communities up to 40 miles inland from the coast, and it’s expected to take days before floodwaters fully recede.

Only one other storm is known to have hit Louisiana with as much raw power: Last Island in 1856, which also had 150 mph winds, according to meteorologist Philip Klotzbach.

Table of 11 strongest #hurricanes to make landfall in Louisiana on record (since 1851) based on maximum sustained wind. #HurricaneLaura is tied with Last Island (1856) for strongest Louisiana landfalling #hurricane on record – 150 mph max winds. pic.twitter.com/4ojOIjPYzS

The storm forced hundreds of thousands of people to evacuate in Texas and Louisiana ahead of its arrival. On Thursday, more than half a million utility customers are now without power, according to the tracking site PowerOutage.us.

People in Louisiana, Mississippi and Arkansas could see 6-12 inches of rain with isolated areas getting as much as 18 inches.

“The center of Laura is forecast to move over Arkansas tonight, the mid-Mississippi Valley on Friday, and the mid-Atlantic states Saturday,” the National Weather Service says. 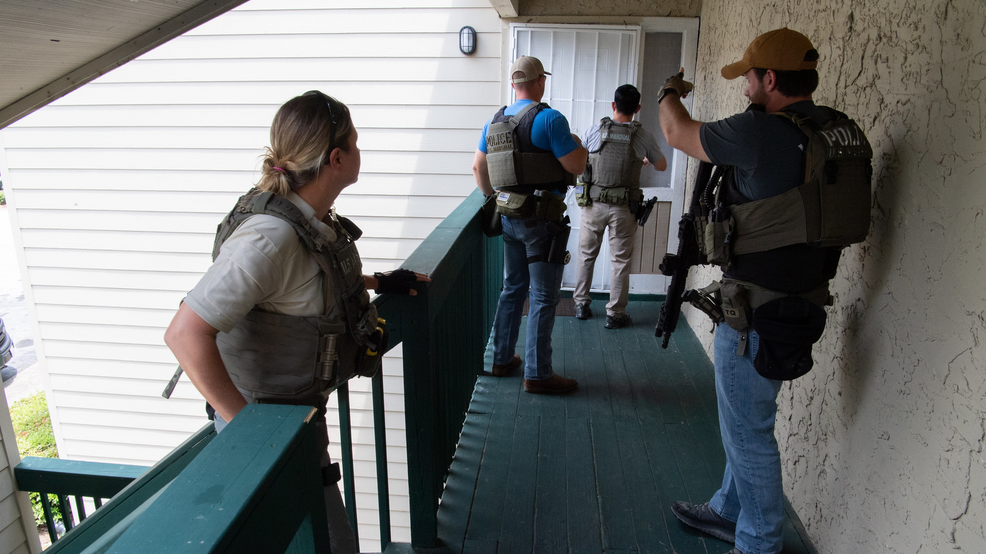 ATLANTA, Ga. (WTVC) — Dozens of children are now safe, and nine people behind bars after a sex trafficking bust by state and federal officials.

The U.S. Marshals Service announced the results of ‘Operation Not Forgotten‘ on Thursday.

For two weeks in August, U.S. Marshals and other agencies searched the areas around Atlanta and Macon, Georgia, looking for missing and exploited children.

As a result, they recovered 26 children and found 13 others who had been missing. Investigators say these children were considered to be some of the most at-risk and challenging recovery cases in the area.

“I cannot say enough about Operation Not Forgotten and the men and women behind it,” said Georgia Attorney General Chris Carr in a tweet, “39 – That’s how many young lives are getting a new start, and that’s how we measure success.” 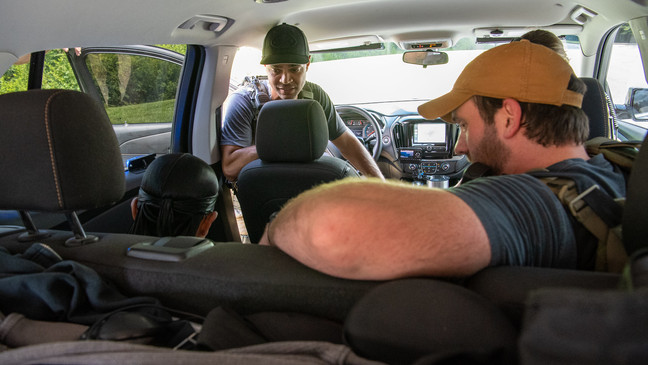 “The message to missing children and their families is that we will never stop looking for you.”

Nine people were also arrested on a total of 26 warrants as part of the investigation, with charges related to sex trafficking, parental kidnapping, registered sex offender violations, drugs and weapons possession, and custodial interference.

“When we track down fugitives, it’s a good feeling to know that we’re putting the bad guy behind bars. But that sense of accomplishment is nothing compared to finding a missing child,” said Darby Kirby, Chief of the Missing Child Unit.

“It’s hard to put into words what we feel when we rescue a missing child, but I can tell you that this operation has impacted every single one of us out here. We are working to protect them and get them the help they need,” said Kirby. UK Gov’t Scientist Admits: Lockdown Was a ‘Monumental Mistake on a Global Scale’

A scientific advisor to the UK government says the coronavirus lockdown was a “panic measure” and a “monumental mistake on a global scale.”

Infectious diseases expert and University of Edinburgh professor Mark Woolhouse acknowledged that the decision to lockdown in March was a “crude measure” that was enacted because “we couldn’t think of anything better to do.”

“Lockdown was a panic measure and I believe history will say trying to control Covid-19 through lockdown was a monumental mistake on a global scale, the cure was worse than the disease,” said Woolhouse, who is now calling on the government to unlock society before more damage is done.

“I never want to see national lockdown again,” he added. “It was always a temporary measure that simply delayed the stage of the epidemic we see now. It was never going to change anything fundamentally.”

The professor asserts that the impact of the response to coronavirus will be worse than the virus itself.

“I believe the harm lockdown is doing to our education, health care access, and broader aspects of our economy and society will turn out to be at least as great as the harm done by COVID-19,” said Woolhouse.

Richard Sullivan, professor of cancer at King’s College London, previously warned that there will be more excess cancer deaths over the next 5 years than the number of people who die from coronavirus in the UK due to the disruption caused by the coronavirus lockdown, which is preventing cancer victims from getting treatment.

Figures also show that there were more excess deaths during the 2017-18 flu season (around 50,000) than the total number of people in the UK who have died from coronavirus (41,433).

However, a survey conducted last month found that Brits thought around 7 per cent of the population, 5 million people, had been killed by COVID-19. His resignation comes as Japan grapples with a number of challenges, including the coronavirus pandemic and worsening U.S.-China tensions.

TOKYO — Teary-eyed and taking a bow, Japan’s longest-serving prime minister, Shinzo Abe, on Friday announced he was resigning due to ill health.

“I cannot be prime minister if I cannot make the best decisions for the people,” Abe, 65, said during a live public broadcast to the nation.

“I would like to express my deepest gratitude,” he said. “Unfortunately, there are still issues that are unresolved but there are also many accomplishments.”

Abe said he will continue to serve until a new leader is selected, likely in the next month.

He announced his resignation as Japan grapples with a number of challenges, including the coronavirus pandemic, worsening tensions between the United States and nearby China, and a restive North Korea.

The news comes just days after Abe surpassed a record for the longest consecutive tenure as premier, set by his great-uncle Eisaku Sato half a century ago. Abe hails from Japan’s political elite, with a number of family members having served in senior government positions.

Abe has for years battled ulcerative colitis, a chronic bowel condition. He said Friday that medicine had helped in the past but that his condition nonetheless worsened in recent months.