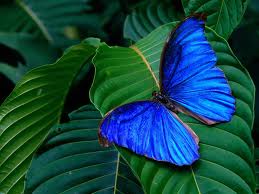 Here’s where to next: A butterfly can tell you how a caterpillar came to fly

How a caterpillar came to fly would be a question a caterpillar would try to answer from the limited perspective of what already exists, Werner says.

The creation of a context dissolves limitations; it transforms the condition of unworkability and creates an opportunity for solutions to occur, that did not previously exist.

The fourth generating principle of The Hunger Project is the principle of transformation. I cannot predict exactly what will happen to end starvation on the planet. In fact, any prediction begins to place a limitation on what can occur.

If you and I were caterpillars talking about flight, can you imagine what the talk would sound like? “We don’t have the power to fly. Caterpillars don’t fly. They wiggle. We’re too bulky and fat and we don’t have wings. We can’t do it.”

To which someone might reply: “But if a caterpillar could fly, by what method do you suppose it would happen?” Don’t you see that you can’t answer that with a caterpillar mentality? Whatever answer you figure out comes from the limited condition; it is deduced from what already exists, that is, the form of the caterpillar. The creation of a context dissolves the limitations; it transforms the condition of unworkability and creates an opportunity for solutions to occur.

I talked to about 40,000 people in a series of presentations of The Hunger Project in September and October of 1977. Those 40,000 people experienced alignment and began to talk to tens of thousands of other people, who, in turn, will enroll tens of thousands of other people. Soon there will be over 100,000 people enrolled in The Hunger Project, people committed to causing the end of hunger and starvation in two decades to be an idea whose time has come.

So I only Predict Miracles

Twenty years from now, when we’re looking back at how hunger and starvation ended, it will not look as if miracles had happened. Everyone will know how it happened. They will point to events that were pivotal, that made a difference. There will appear to be an obvious relationship between what was done and the logical consequences of what was done.The weather got better; there were bigger crops; this government changed; the president said that; the government did this; and it all resulted in the end of starvation on the planet. In retrospect, that’s how miracles always appear to happen.

Butterflies can explain how caterpillars came to fly.

And here’s a parting gift from me to everyone who’s been steadfast enough to follow this series to the end.

Steve Beckow, Introduction to Creating an Idea Whose Time has Come at https://goldenageofgaia.com/wp-content/uploads/2019/11/Introduction-to-Creating-an-Idea-Whose-Time-has-Come-R5.pages.pdf

Introduction to Creating an Idea Whose Time has Come R5.pages