No sooner do I retire this feature than all hell breaks loose.

Shall I eat my crow with condiment? 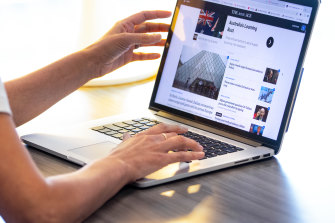 Thanks to Stephen Cook. What follows are four articles in which the mainstream media reassure readers that it was a routine though massive outage at Fastly.

My own belief is that it was a shot across the bow to the media.

A number of news sites went down on Tuesday night including the New York Times, CNN and the BBC. Australian sites have also been hit.

Customers have been warned they could still experience issues after a huge swath of national and international sites crashed in unison on Tuesday night including the New York Times, CNN and the BBC.

The Verge, Financial Times and Bloomberg also experienced outages which lasted almost an hour, while locally, The Guardian, Nine, SMH and The Age were affected, including Channel 10 and 10play online. Users have also reported issues with 7Plus.

The outage has gone as far as sites for the White House along with the UK government’s website – gov.UK.

It appears News Corp sites were unaffected by the outage.

Internet sleuths have suggested a “big attack” but the outage was caused by a data centre provider, San Francisco based Fastly.

Most users were receiving ‘Error 503’ messages when attempting to access the sites and while a fix has been applied, users have been warned that they may “continue to experience decreased cache hit ratio and increased origin load as global services return”.

“When huge outages like this strike the internet, they are generally traced back to some central service provider, such as AWS,” said The Verge, which was forced to communicate through Google Docs.

“In this case, it seems the cause of the problem is due to a company called Fastly, which provides CDN (content delivery network) services to many websites. Social media, streaming services and global news outlets including the New York Times and CNN were hit Tuesday by outages, with some users unable to access the sites.

Some visitors to the affected websites received error messages that read, “Error 503 Service Unavailable,” while others read simply, “connection failure.”

It’s unclear what caused the sweeping outages, but it appears to be related to major problems with a cloud service provider.

Fastly operates a content delivery network service that many websites use to help speed up the loading of their web pages for users.
Cloud computing services provider Fastly announced early Tuesday that it’s experiencing a technical issue. The firm said on its website that it’s investigating the issue.

Matt Taylor, a product manager at the Financial Times, wrote on Twitter: “Fastly, the CDN provider, is having a massive outage, resulting in Twitch, Pinterest, Reddit, The Guardian, and the FT returning 503 errors.” According to downdetector, Reddit, Amazon, HBO Max, Hulu, Amazon Web Services, Etsy, Twitter, Google, Target, Spotify and others were all affected.

The United Kingdom’s government website, gov.UK, was also affected by the outage.

“Reports indicate there may be a widespread outage at Fastly, which may be impacting your service,” downdetector said on its site.

Downdetector’s site showed that the issues had largely subsided by 7:20 a.m. ET.

We identified a service configuration that triggered disruptions across our POPs globally and have disabled that configuration. Our global network is coming back online. Continued status is available at https://t.co/RIQWX0LWwl

The Post has reached out to representatives for several downed sites.

“The issue has been identified and a fix is being implemented,” Fastly said at 6:44 a.m. ET.

“The issue has been identified and a fix has been applied,” Fastly added at 6:57. “Customers may experience increased origin load as global services return.”

Social media users quickly joked about the sweeping outage. User @DarthMewtwo posted a meme questioning how one company’s outage could ripple throughout so much of the internet.

Others joked about starting their first day of work at Fastly on Tuesday. User @_BillieBelieves wrote, “Just trying to log in for my first day as Fastly’s Head of PR Keep getting an error when I try, maybe HR haven’t set me up yet?”

Another user called it an “internet apocalypse,” while another said “everything just shut out of nowhere.”

“Me on my first day at #Fastly: What does this button do?” wrote user @MarktheBlogger1 along with a gif of a forklift crashing. 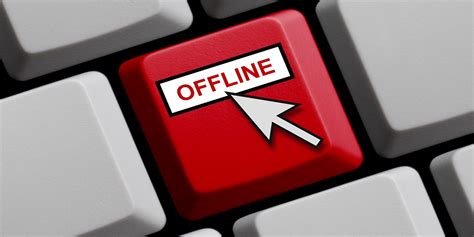 Access to news websites and social forums across the world has been restored, after a major outage hit dozens of popular websites on Tuesday night for over an hour.

Visitors to The Age, The Sydney Morning Herald, The Australian Financial Review, The Guardian and the BBC received error messages when trying to access the sites from about 8pm on Tuesday.

The Fastly outage affected news organisations around the world.

The Fastly outage affected news organisations around the world.Credit:Simon Schluter

Reddit, Twitch and Pinterest also went down, in addition to CNN, The New York Times and the UK government’s home page.

Technology teams for Nine publications, including this masthead, confirmed that the issue was linked to content delivery network (CDN) vendor Fastly.

CDNs are distribution networks that allow for the very quick flow of digital information between internet servers.

The servers are located in data centres across the globe that are connected by underwater cables.

Fastly is one of four hosting service providers that look after CDNs, the other three are Akamai, Cloudflare and Amazon Web Services.

The update came an hour after the company announced it was investigating a “global CDN disruption”.

On its service status page, Fastly states its network “has built-in redundancies and automatic failover routing to ensure optimal performance and uptime.“

“But when a network issue does arise, we think our customers deserve clear, transparent communication, so they can maintain trust in our service and our team,” it said.

Fastly was reporting “degraded performance” across the globe. Not all of its customers appeared to be affected and several websites restored service relatively quickly. Shopify and Stripe’s websites were available on Tuesday. 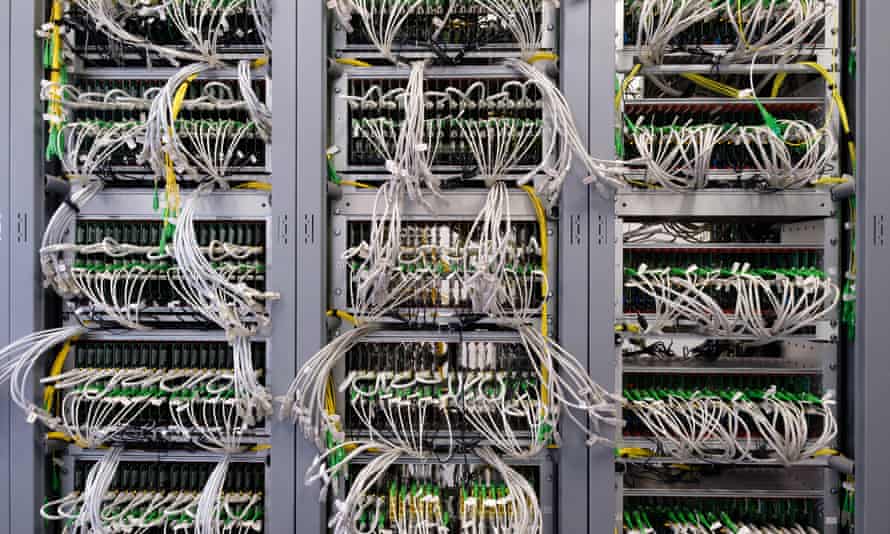 What caused the internet outage that brought down Amazon, Reddit and Gov.uk?

A massive internet outage has affected websites including the Guardian, the UK government’s website gov.uk, Amazon and Reddit. The issue made the sites inaccessible to many users for more than an hour on Tuesday morning.

The outage was traced to a failure in a content delivery network (CDN) run by Fastly. It began at about 11am UK time, with visitors to a huge number of sites receiving error messages including, “Error 503 service unavailable” and a terse “connection failure”.

Others affected included the publishers CNN, the New York Times, and the Financial Times, as well as the streaming services Twitch and Hulu.

As well as bringing down some websites entirely, the failure also broke specific sections of other services, such as the servers for Twitter that host the social network’s emojis.

The failure was not geographically universal. Users in some locations, such as Berlin, reported no problems, while others experienced massive failures across the internet. Outages were reported in locations as varied as London, Texas and New Zealand.

Within minutes of the outage starting, Fastly, a cloud computing services provider, acknowledged that its content distribution network was the cause of the problem. The company runs an “edge cloud”, which is designed to speed up loading times for websites, protect them from denial-of-service attacks, and help them deal with bursts of traffic.

The technology requires Fastly to sit between most of its clients and their users. That means that if the service suffers a catastrophic failure, it can prevent those companies from operating on the net at all.

In an error message posted at 10.58 UK time, Fastly said: “We’re currently investigating potential impact to performance with our CDN services.” It was not until 11.57 UK time, almost an hour later, that Fastly declared the incident over. “The issue has been identified and a fix has been applied. Customers may experience increased origin load as global services return,” the company said in a status update.

Despite speculation on social media that the outage was the result of a malicious attack, leading to the hashtag #cyberattack trending on Twitter, there is no evidence pointing to foul play. Instead, the company says a configuration error was at fault. A Fastly spokesperson said: “We identified a service configuration that triggered disruptions across our POPs [points of presence] globally and have disabled that configuration. Our global network is coming back online.”

Boris Johnson’s spokesman said the government was aware of the problems with accessing gov.uk. He also said reports that users were unable to book Covid-19 tests online were being investigated as a “matter of urgency”.

Asked if ministers believed a malicious foreign group or state was responsible, he said the outage “appears to be… affecting a number of sites globally, it doesn’t appear to be targeted at any one site”.

Different websites handled the outage in different ways. The Guardian moved to Twitter to run a dedicated liveblog, while tech news site the Verge published news to a shared Google Doc – until a reporter accidentally shared a link on Twitter that allowed the audience to edit it.

The increasing centralisation of internet infrastructure in the hands of a few large companies means that single points of failure can result in sweeping outages. In 2017, a problem at Amazon’s AWS hosting business, for instance, took out some of the world’s biggest websites for several hours across the entire US east coast.

In 2020, a problem with Cloudflare, another CDN company, led to a half-hour outage for most of the internet in major cities across Europe and the Americas. The Cloudflare outage was eventually traced back to an error in a single physical link, connecting data centres in Newark and Chicago, that caused a cascading failure that knocked out almost 20 data centres worldwide.

Big Surprise for a Retiring Soldier

Retiring soldier received a military certificate upon retiring, signed by the President of the United States, Donald C. Trump. Thjansk to Brian.