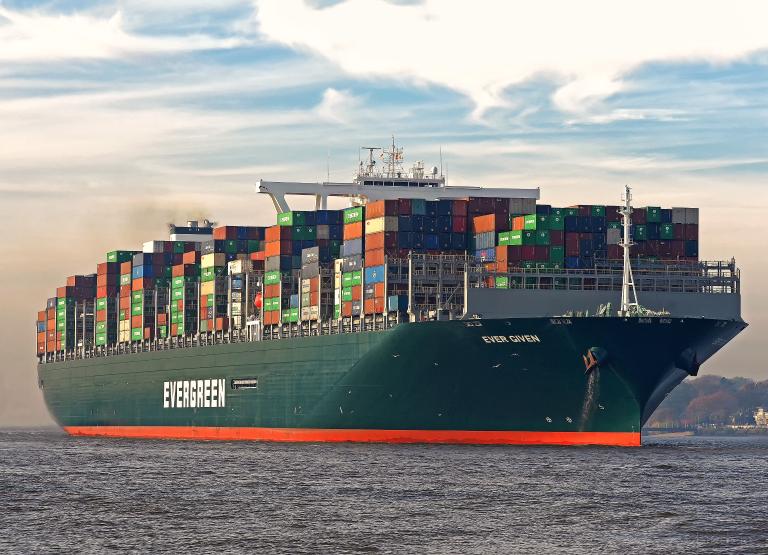 This is not the latest story. A later story appears below it.

The point of reproducing it is to cover President Abdel Fatah al-Sissi’s intention to offload the containers. What would they find if they did?

That intention may or may not have been overtaken by events, the ship having been refloated.

Evergreen is said to be a joint partnership of the Clinton Foundation and Walmart.

Ship Stuck In Suez Canal: All The Latest Efforts To Free The Ever Given

Egyptian authorities are drawing up plans to unload the Ever Given, the mega-ship blocking the Suez Canal, as international teams race to dislodge it before the obstruction of one of the world’s most important cargo routes threatens to upend the global shipping industry.

Egyptian President Abdel Fatah al-Sissi has given the green light to prepare to unload the ship’s 18,000 containers of cargo so the boat can be refloated in case the ongoing effort to dislodge the boat fails, Suez Canal Authority chairman Osama Rabie said on Egyptian television Sunday, according to the Washington Post.

The refloating measure is being considered as a third option to unlodge the boat and free up the canal which has left hundreds of boats stuck in limbo, Rabie said, referring to the efforts to shift the Ever Given via tugboats and dredging.

A team of roughly a dozen tugboats has been trying to move the Panamanian-flagged ship for days with little luck so far — hopes that an incoming high tide would help dislodge the ship were dashed Saturday, when the rising water levels failed to significantly budge the ship, according to canal service provider Leth Agencies.

Teams of dredgers managed to free the ship’s rudder from the canal bank Saturday, according to the New York Times, but the ship’s bow remains lodged in the soil on the other side.

Sunday’s efforts to move the ship have been postponed because of heavy winds in the region, the canal provider said.

According to the New York Times, the best chance to dislodge the ship may come Monday, when a seasonal high tide could increase the water in the canal’s height by 18 inches.

327. That’s how many boats were stuck in a traffic jam in the canal Sunday, according to Leth Industries.

Countries from all over the world have teamed up to try and dislodge the Ever Given. Members of the team working to move the ship hail from Egypt, the Netherlands and Germany, according to the Washington Post. The U.S. Navy will also send in a team of dredging experts that are expected to arrive as soon as Sunday, CNN reported.

The Ever Given has been stuck in the Suez Canal and blocking traffic in both directions since Tuesday. The ship was crossing through the canal from Yantian, China, to Rotterdam, Netherlands, when it got stuck. It is one of the world’s largest cargo ships, and is roughly as long as the Empire State Building is tall. The Suez Canal is one of the world’s most important shipping routes. Nearly 20,000 ships pass through the narrow canal per year, according to the Egyptian government. If it continues, the blockage of the passageway could cause a major, costly disruption in the world’s supply chain, which has already been hit hard by the coronavirus pandemic. Ever Given ‘Refloated’ and Sailing in Suez Canal; Oil Prices Slip

Suez Canal authorities say Monday that traffic may resume shortly in the clogged trade artery following the successful refloating of the stranded Ever Given.

The Ever Given container ship was refloated in the Suez Canal, authorities said Monday, raising hopes that the 1,300-foot long vessel could soon be freed from its six-day grounding and allow for the re-opening of the world’s busiest trade waterway.