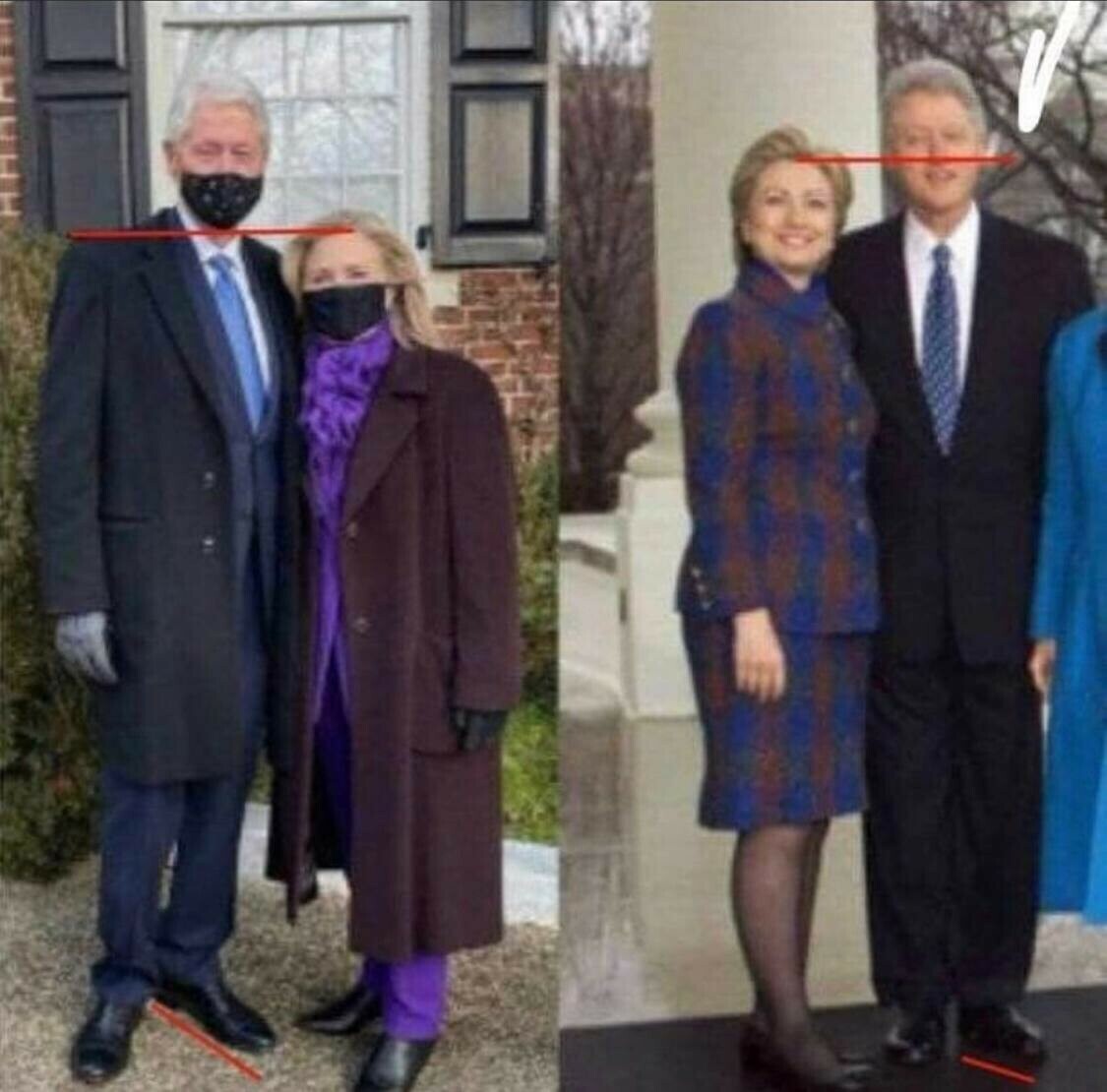 I’m going to spell it out one time only for those who are lost and not registering the 100’s of clues I’ve been dropping you. Here we go 1 time.

Pay close attention. You are watching a movie.

A lot of what you are seeing is completely [email protected] and fake. It’s so outrageous on purpose to get your attention at [this] point. It will continue until it has accomplished that goal fully. There is no Biden presidency.

The real Biden was executed for his crimes long ago along with Clinton. No, that woman in purple the other day wasn’t Hillary Clinton. (1) You are seeing actors. Some have masks. That’s why Biden keeps referring to himself as the mask president. This means they are the good guys in this movie on the team of freedom.

This whole election was fake along with a fake inauguration. Fake executive orders. Fake oval office. It’s all [email protected] Wake up.

The military is right now controlling our country until the new elections in a couple of months. Insurrection Act has been signed. EO from 2018 is in full effect. Things will soon be revealed publicly.

Hopefully you can wake up before then so you don’t have a heart attack in the process.

They really tried stealing our election. That part is real. Trump knew this and allowed it to expose them and arrest those involved and will be implementing a blockchain fraud proof election system which was already patented back in August 2020.

He skipped the 9th circuit corrupt courts because they too were compromised and went 100% FISA. This is a total military operation. The goal was to arrest and remove these crooks first before [us] ever winning an election.

Furthermore, the Vatican owned the corrupt DC corporation and that is no longer. [The U.S.] will soon be a republic for which it stands under the constitution as originally intended. You will get a history lesson in the process along with a solid grasp of the constitution.

Many corrupt DC rats and Hollywood pedophiles have gone to jail and/or been executed for crimes of  [treason, sedition, crimes against humanity, etc]. Many more are in the process of meeting justice via military tribunals. (2) Things will be made public in time very soon; no more secrets, no more games.

There are many actors in the movie, not just [the] Biden double comedian guy. Who’s who at this point is somewhat of a mystery. We don’t know exactly who is who 100%. Some are playing a part from the very beginning. Others flipped for a deal and are now playing a part in this movie.

The best thing you can do right now is just wake up to the truth that is being shown to you; take heart that communists have no real power over our country; and look forward to the things Trump has already pre-planned long ago for you. I’ll warn you now, things will get stranger from here.

If you pay attention and listen to what I’ve told you here, you’ll laugh. If you are watching the mockingbird media CNN or FAUX NEWS, you’ll cry. Whatever you do, please don’t call Joe Biden president. He’s really long gone and his double has no power. Enjoy the show.

(1) I take this as one more piece of evidence that some of the reports of executions on some websites are genuine.

(2) More evidence backing up the process already being reported in alternative news outlets.