It started with a comedy awards show and a bombshell revelation that left the audience stunned.

Now a vigorous debate about workplace sexual harassment is under way in Denmark, a country that often ranks highly for gender equality.

More than 1,600 women have signed an open letter alleging the problem is rife in Danish media. Hundreds of others have also come forward alleging sexism and harassment are serious issues in politics and the medical profession.

“I’m really insanely happy to be the host here today,” began presenter Sofie Linde, as she introduced the Zulu Comedy Gala. “I’m only the second female host in 14 years.”

After a few jokes, Ms Linde’s speech struck a serious tone as she detailed receiving less pay than her male co-hosts.

“We can pretend there is no difference between men and women in Denmark,” said Linde, who also works on Denmark’s X Factor talent show. “It’s just not true.”

She then revealed that when she was 18 years old, and starting out at national broadcaster DR, one of the network’s heavyweights demanded oral sex and threatened to ruin her career.

The moment, broadcast two weeks ago, has catalysed a national debate that has seen Linde’s #MeToo moment come in for both praise and criticism.

‘We experienced it too’

Dismayed by the negative reactions, several female journalists wrote an open letter of support in Politiken newspaper calling out both sexual harassment and a sexist workplace culture. “You are right. We experienced it too,” they said in their front-page address to Sofie Linde.

“We’ve all experienced it to a greater or lesser degree over the course of our careers: inappropriate remarks on our appearance or clothing; suggestive messages; physical behaviour that crosses the line. Warnings that there are a few men we should avoid at the Christmas party. It happened before. It’s still happening.

“By the time the newspaper was published, 701 women had signed the letter. The next day it was more than 1,600. Those who signed either had direct experience or knew of a colleague who had, said TV2 reporter Camilla Slyngborg.

“We wanted it to be proof, so we don’t have to talk anymore about whether this exists, but how to solve the problem.”

“Hundreds of people wrote with small stories or bigger stories about what they’ve experienced,” she told the BBC. “It’s actually been kind of sad to go through these emails.”

More claims have come to light since.

Ten women have complained to DR News about the behaviour of male bosses or senior male staff while they were trainees from 2015-2019. The allegations include inappropriate comments, unwanted text messages, shoulder massages and patting on the bottom.

Women have also shared experiences of sexism and harassment in other workplaces, from restaurants to retail, and hashtags such as “#MeToo” and “#NejTilSexisme” (No to Sexism) have been trending.

More than 600 doctors and medical students have signed an online petition denouncing sexual harassment and gender discrimination in hospitals, clinics and universities.
Over 300 women in politics have also called on leaders to root out sexism in their profession. Their statement in Politiken included 79 anonymous testimonies of incidents ranging from offensive comments to sexual assault.

One of the four women who initiated the letter, Camilla Soee, told the BBC: “Once and for all, we wanted to prove that sexism and sexual harassment is part of the political environment.”

Prime Minister Mette Frederiksen has responded by saying a change of culture is now necessary. “We need to do something about that… and we’ll start on that now,” she wrote on Facebook on Saturday. Other party leaders have also promised to act.

The debate has also brought a 12-year-old controversy concerning Denmark’s foreign minister back into the spotlight. 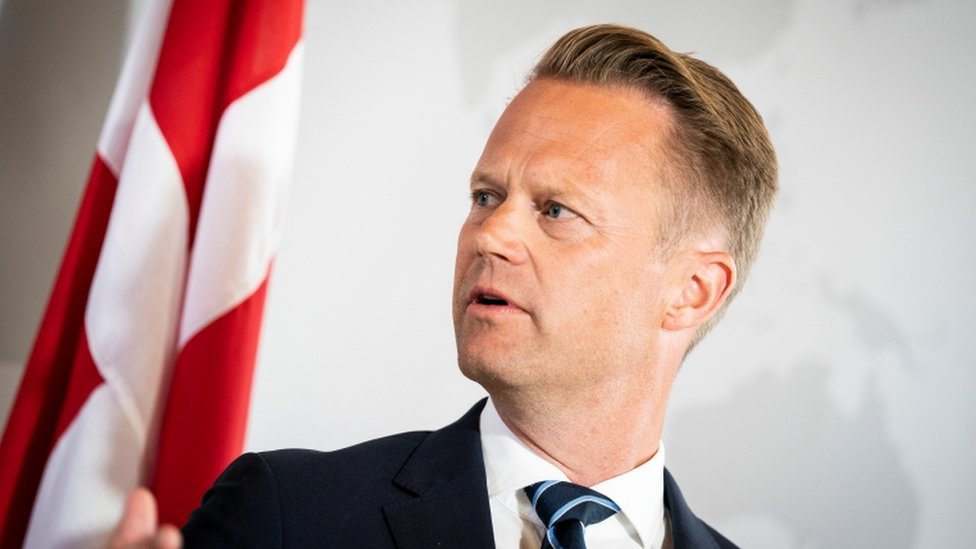 Jeppe Kofod apologised this month for having sex with a 15-year-old girl following a political youth event in 2008, when he was 34 and a spokesperson for the Social Democrats.
In Denmark, the age of consent is 15.

“I wish I could change it, that it never happened,” he told Danish TV. “It happened. What I can do is to have regret, I have learned from it.”

His supporters argue that it all happened a long time ago.

And some female politicians on the right have taken issue with claims of a sexist culture in parliament, arguing that the #MeToo debate is going too far.

But the Social Liberal Party’s gender equality spokeswoman, Samira Nawa, has described the workplace culture in parliament as “rotten”. “Some industries have the ingredients needed for sexism to thrive. Media is such an industry. Politics is another,” she wrote on Facebook.

Ex-Prime Minister Helle Thorning-Schmidt urged media bosses and other leaders to do “too much rather than too little. And do it right now.”

A knock to Denmark’s reputation

Denmark prides itself on a reputation for gender equality and regularly performs highly on international measures, but some are concerned that has led to complacency.

In a recent World Economic Forum report comparing countries by gender gap, Denmark came 14th, while its Nordic neighbours were the top performers.

“We have this myth that we have gender equality already, so we don’t really need to act,” says Henriette Laursen, director of Kvinfo, the Danish Centre for Research on Women and Gender.

“As Danes we’re supposed to be so liberated that you can take a little bit of ‘hygge sexism’,” she explains. The word hygge is a well-known Danish term for cosiness. 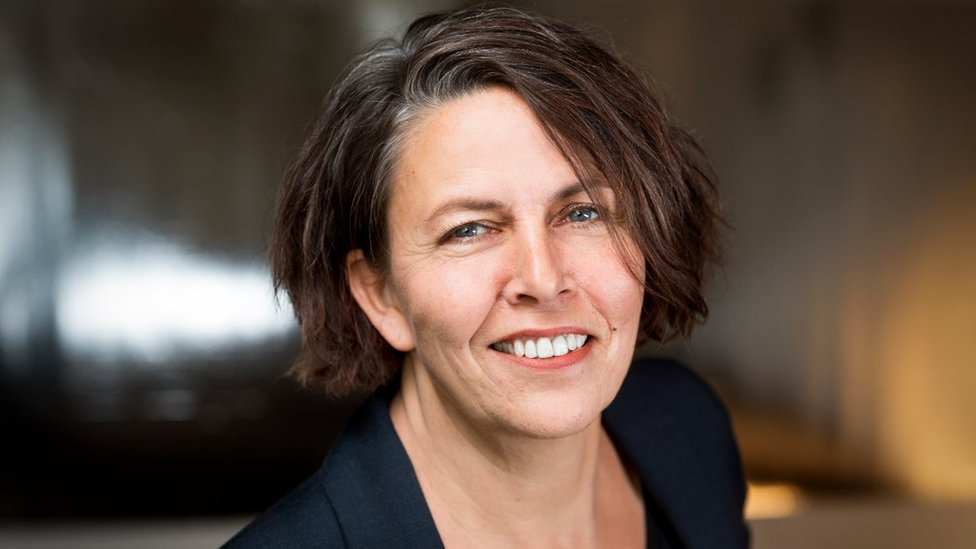 Surveys conducted in the wake of the #MeToo phenomenon show the issue of harassment in Denmark is widespread, she says.

“They definitely show a problem, everywhere. That’s from politics to restaurants, IT technology to universities.”

The group wants stronger laws to protect victims of harassment and oblige companies to ensure workplaces are safe.

He said he would explore whether new legislation was needed.

“Every boss has a responsibility to ensure that it is communicated clearly in their workplace that sexual harassment, lukewarm jokes, sexist culture are not acceptable. And that it has consequences,” he told news agency Ritzau.

The minister meets labour unions and employer organisations on Monday.