/ Home / News / Accountability / Ethnic Cleansing/Genocide / Canada’s History with Indigenous People is Cruel and Unfair, but We Need to Own up to It Canada’s history with Indigenous people is cruel and unfair, but we need to own up to it

Indigenous people have been damaged by generations of oppression, but we have not been broken

On May 28, my daughter asked me a question that has taken me a month to answer.

“How can someone hate someone just because of the colour of their skin?”

Like many parents, I would have preferred she had not seen video of a police officer killing George Floyd, but she did.

Any other time, I would have brushed her off with a simple answer like, “people are dumb.”

This time, things were different.

I wanted badly to protect her and make everything OK again, but I felt a responsibility to do something more. 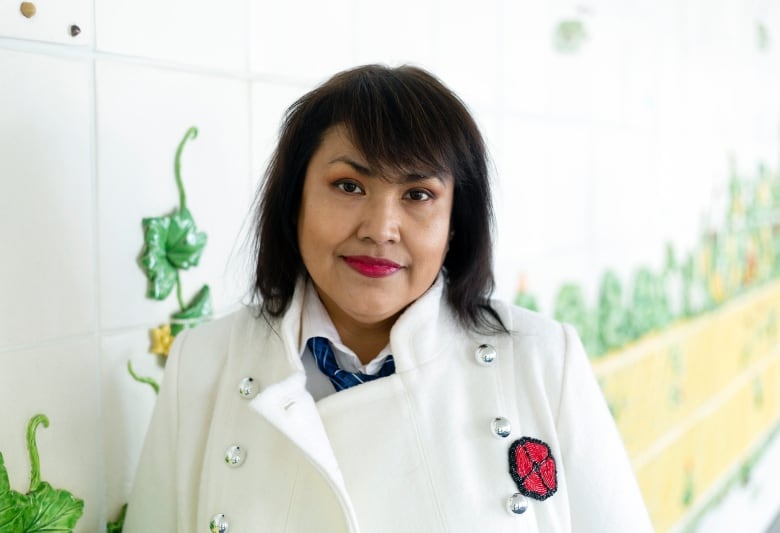 Damaged by oppression but not broken

Canada Day is different this year, and not just because of the pandemic.

Conversations of systemic racism are happening not only in the United States, but here in Canada.

It all started on May 25, when the world watched George Floyd die while a police officer kneeled on his neck for almost nine minutes. Floyd had been accused of trying to pass a counterfeit $20 bill. It was captured on video and posted online.

The public outcry was swift.

Support for the Black Lives Matter movement spread quickly throughout North America and the rest of the world.

In the U.S. and Canada, Indigenous people were quick to join.

The fact is that I, as an Indigenous person in Canada, have more in common with Black people from the U.S. than I do with non-Indigenous Canadians, born in this land. We have paid a heavy price due to colonization.

We have been damaged by generations of oppression, but we also have not been broken.

It was something I wanted my children to know.

June happened to be National Indigenous History Month. I decided the best way to combat ignorance was with education. For the entire month, I posted one fact about Indigenous people on Facebook each day.

Much of Indigenous history in Canada is not widely known. It is Canada’s “hidden” history. It’s cruel, unfair and hard to own up to.

Systemic racism exists. One just has to look at the Indian Act.

Although I started out with the intent to educate, I also learned some things.

Having been born in the 1970s, I have experienced segregation.

Yes, Canada had its own segregation policies. Prior to 1964, it was legal in the U.S. to have Black-only schools, hospitals, entrances, bus seats and even water fountains. In Canada, things were more subtle.

Under the Indian Act, First Nations people were confined to the reserve through the pass system. Education was segregated with day schools and Indian Residential Schools, as was health care. These rules were enforced by the RCMP.

Laws were changed, but the institutions remained in place. Segregation still existed, but now it was enforced by the citizens themselves through racist attitudes.

It still exists in 2020. It’s not uncommon to hear people say, “go back to your reserve.”

I thought this was normal.

It wasn’t until I went to university that I learned my own history. It was not pretty.

The U.S. used an extermination policy to deal with its “Indian problem.” Canada chose assimilation. In reality, the results were not that different even if assimilation sounds nicer.

But more than any lesson on policy or laws, I have learned how resilient Indigenous people are.

Over and over again Indigenous people have survived and, when given the opportunity, thrived.

First Nations people took the old Fort Qu’Appelle Indian Hospital and turned it into the All Nations Healing Hospital, a state-of-art facility that serves everyone regardless of race.

Once barriers to post-secondary education were removed in the 1950s, it only took 20 years for Indigenous people in Saskatchewan to establish their own college and now university.

First Nations have also succeeded in business, even with barriers created by the Indian Act.

Despite being exempt from mandatory military service when that existed, First Nations have voluntarily enlisted in every conflict Canada has been involved in and continue to do so.

I don’t believe every Canadian is racist, but most don’t have any knowledge about the real relationship between Canada and Indigenous people.

I started this journey in June because I wanted my daughter to have the tools to deal with racism when she encountered it out in public or online.

I don’t think we can ignore racism anymore. No one wants to watch another man call for his mama in his dying breaths.

The Indian Act is now 144 years old. Perhaps I will live long enough to see its eradication. 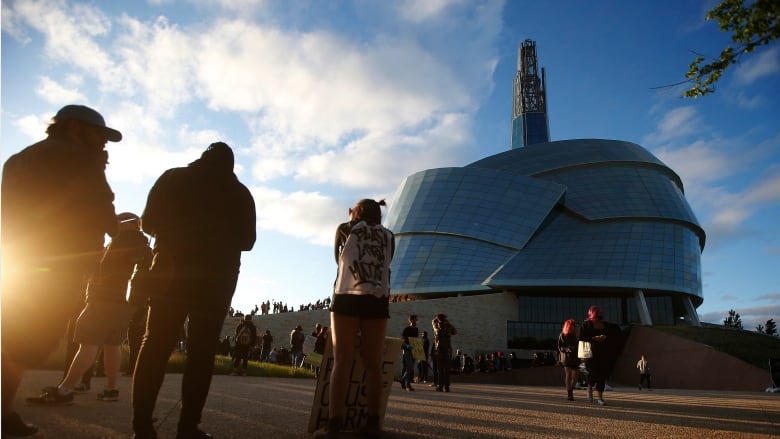 People gather in solidarity with the George Floyd protests across the United States at the Canadian Museum for Human Rights in Winnipeg on June 5. Former and current employees at the museum have made allegations of discrimination, racism and sexual harassment in recent weeks. (John Woods/Canadian Press)

CEO has departed, but other managers should be held accountable, PSAC says

The CEO of the Canadian Museum for Human Rights is gone after three weeks of controversy surrounding the national institution, but former employees say more action needs to be taken to effect real change.

And a national LGBT advocacy group says so much harm has been done, it now wants the museum to remove its stories on display.

Kennedy said she wants the Winnipeg museum to replace a same-sex marriage display with an explanation of how it sometimes forced staff not to show LGBT content — and in some cases deliberately hid it.

“We believed in them. This is the highest institution for human rights in this country and they betrayed us, they betrayed our stories,” she said. 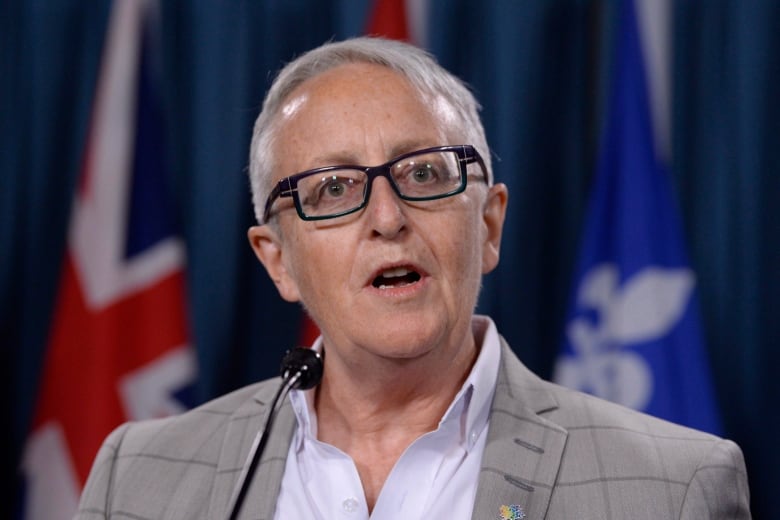 Helen Kennedy, executive director of national LGBT advocacy group Egale Canada, says the damage the museum has done is significant. “I don’t think that they have earned the right to showcase our stories.” (Adrian Wyld/Canadian Press)

“People gave their personal stories and their personal information on the understanding that it would be available for public view. It wasn’t. It was hidden. We were shamed and that cannot be allowed to continue.”

The museum’s president and CEO, John Young, stepped down Thursday night following allegations that staff were forced to censor LGBT content for at least two years, as well as claims from current and former staff of racism and sexual harassment at the  institution.

His departure came after five women told CBC that the museum’s human resources department dismissed their complaints of sexual harassment by a male colleague and two weeks after former employees started sharing stories of alleged racism inside the CMHR.

“These allegations were not properly escalated to the board of trustees. We should have been made aware of these incidents, and it is unfortunate that we were not,” board chair Pauline Rafferty wrote in an internal email to all staff on Thursday.

In February, Young said in an interview that he wanted to continue his role as CEO, but after allegations from staff began to emerge, he said last week that he would leave at the end of his term in August. 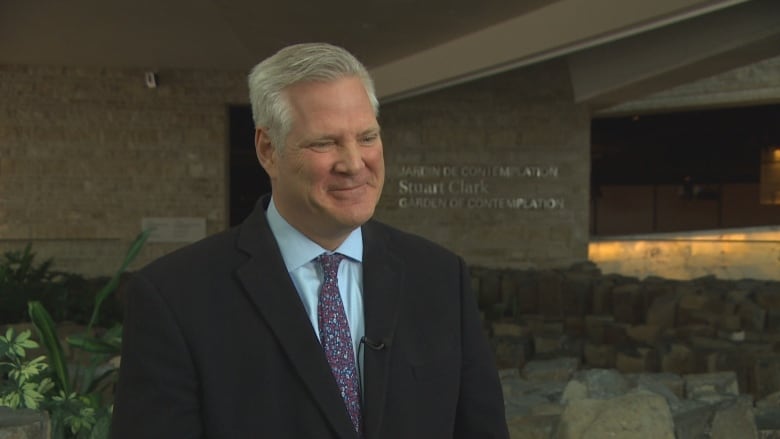 John Young resigned as CEO of the Canadian Museum for Human Rights on Thursday night. He told CBC in the spring he wanted to stay on for another multi-year term. (Gary Solilak/CBC)

But in a statement announcing his departure, Rafferty said both Young and the board “agreed that it is in the best interest of the museum that he step down, effective immediately.”

Former program assistant Liam Green said that should only be the first step. He said systemic discrimination against people of colour inside the museum needs to be addressed.

Green, who is gay, said he struggled to speak up when he knew his colleagues were being forced to censor content.

“I was also in situations where I felt that my voice as an employee and as a queer person were not being taken seriously,” he said.

Former employee Thiané Diop started the #cmhrstoplying hashtag three weeks ago and has been watching developments around the museum carefully. 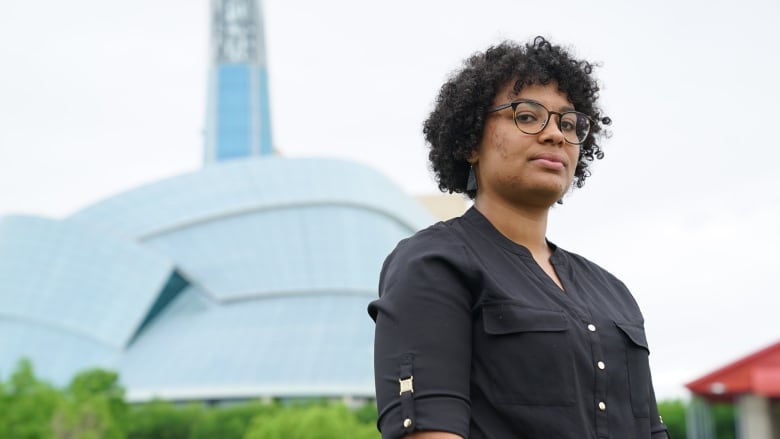 “Part of me feels finally validated in a way that I didn’t for years,” she said Friday, in reaction to the CEO’s departure.

“I’m watching and waiting. I’m not jumping up and down or excited quite yet, but I’m interested to see how this continues to develop.”

The union representing about 160 employees at the national museum is calling for accountability beyond Young, and it wants an onsite counsellor hired whom staff can turn to.

“We know that there are managers and executives still within the museum that were responsible to make decisions to not address some of the harassment complaints,” said Marianne Hladun, the Public Service Alliance of Canada’s Prairie Region executive vice-president.

The museum’s board of trustees says it’s created a new diversity and inclusion committee. It has also promised to launch an institution-wide review of the museum and its policies once a Winnipeg lawyer finishes her investigation into discrimination allegations.

The board issued an apology to staff, donors, volunteers and members of the community in its statement Thursday.

Rafferty has taken over Young’s role until a new CEO can be found. The CEO of the Crown corporation is appointed by the federal government.

After a string of controversies forced the president of the Canadian Museum for Human Rights to leave his post, the union there says more must be done to protect employees. 2:01

(1) As a cultural historian at the then National Museum of Man early in my career, I published on Anglo-Saxion racial-supremacy theories: See “Keeping British Columbia White”: Anti-Orientalism in the West, 1858-1949. National Museum of Man/National Film Board, 1974; Concepts of Anglo-Saxondom: The Ideology of Race in English Canada, 1895-1900. National Museum of Man, 1970; and A Majestic Story of Orderly Progress; English-Canadian Novelists on Canadian Society, 1896-1900. M.A. Thesis, Carleton University, 1969 at https://goldenageofgaia.com/wp-content/uploads/2020/07/beckow-amajesticstoryoforderlyprogressenglishcanadian.pdf