It seems to have had various iterations from a “Green World Order” a few years back to a “New World Order” since, apparently, 2019.

The United Nations New World Order Project is a global, high-level initiative founded in 2008 to advance a new economic paradigm, a new political order, and more broadly, a new world order for humankind, which achieves the UN’s Global Goals for Sustainable Development by 2030, and the happiness, well-being, and freedom of all life on Earth by 2050. More than half a million people have already signed a petition created by LifeSiteNews rejecting the notion of a mandatory coronavirus vaccine.

As of Saturday, the petition has created more than 532,000 online signatures. It was created in early May. The lion’s share of petition signers are from the United States, with tens of thousands in the United Kingdom, Canada and Australia. Gualberto Garcia Jones, LifeSite’s director of advocacy, said:

“The enormous response against a mandatory vaccination program for the coronavirus is truly global in nature. This is something people around the world are very concerned about, and which many reject.”

The petition breaks down the fundamental violation of essential liberties that a prospective mandatory vaccine effort would entail.

“Fear of a disease – which we know very little about, relative to other similar diseases – must not lead to knee-jerk reactions regarding public health, nor can it justify supporting the hidden agenda of governmental as well as non-governmental bodies that have apparent conflicts of interest in plans to restrict personal freedoms.”

The petition cites concern with the credibility of globalist billionaire Bill Gates, who has poured an immense amount of resources into the development of an entirely hypothetical coronavirus vaccine.

“And, while some people, like Bill Gates, may have a lot of money, his opinion and that of his NGO (the Bill & Melinda Gates Foundation) – namely, that life will not return to normal till people are widely vaccinated – should not be permitted to influence policy decisions on a coronavirus vaccination program.”

There’s reason to be skeptical that a vaccine will even ever be developed for COVID-19. No vaccine exists for any of the other coronavirus that are known to infect humans, most notably the 2002 SARS epidemic, which gained considerable attention from the medical and scientific community. There’s no telling what side effects a potential new vaccine could cause.

The petition also cites the possible use of the stem cells from aborted fetuses in medical research, a practice in some scientific research projects that many Christians have found to be gravely immoral. According to the National Oceanic and Atmospheric Administration, scientists estimate that eight million metric tons of plastic—approximately the weight of 90 aircraft carriers—finds its way into the oceans every year.

The Paper Bottle Company (Paboco) wants to help manufacturers and distributors reduce their single-use plastic waste by creating bottles made from degradable plant sugars rather than fossil fuels.

BillerudKorsnäs, a paper packaging developer, first started this initiative in 2013, and has been joined by research companies and industry leaders like Avantium and ALPLA. The project proudly announced in October 2019 that Coca-Cola, L’Oreal, and Absolut had joined their efforts.

The historic brewery, Carlsberg, has been a long-time partner of the Paper Bottle Project and explained in a press release, “We are working on developing the world’s first ‘paper’ beer bottle made from sustainably-sourced wood fibers that is both 100% bio-based and fully recyclable.”

Shortly after, the brewing company unveiled its first paper bottle for their Pilsner beer as proof of concept on their social media sites. These paper bottles, made out of a plant-based polymer called “PEF,” are expected to be fully recyclable and to naturally degrade within a year, unlike their plastic counterparts. The sustainability company which creates these bottles hopes to have them ready for consumer use by 2023.

Paboco Technical Director Christina Carlsen says, “Being part of this journey from the beginning, inventing the technology and building the first machine for the paper bottle with my bare hands is my chance to make a difference. A difference towards a sustainable world for future generations. What we are doing is not just a new bottle; we are making a difference.”

This push towards eliminating single-use plastics comes off of last year’s momentum to begin reducing plastic straw use in many countries and corporations around the globe. Similarly, entire countries are trying their hardest to positively contribute to sustainability initiatives like China’s plan to ban plastic bags in all of its major cities by the end of 2020.

Quibble: The “lockdown measures” seem to be related to the takedown of the cabal, rather than the corraling of the population (although corraling may be what the Deep State intended). Italian doctors, disobeyed the world health law WHO, not to do autopsies on the dead of the Coronavirus and they found that it is not a virus but a bacterial that causes death. This causes blood clots to form and causes the death of the patient.

Italy defeats the so-called Covid-19, which is nothing other than “Disseminated intravascular coagulation” (Thrombosis).

And the way to combat it, that is, its cure, is with the “antibiotics, anti-inflammatories and anticoagulants”. ASPIRIN, indicating that this disease had been poorly treated.

This sensational news for the world has been produced by Italian doctors by performing autopsies on corpses produced by the Covid-19.

Something else, according to Italian pathologists. “The ventilators and the intensive care unit were never needed.”

Therefore in Italy the change of protocols began, Italy “the so-called” global pandemic is revealed and raised by the WHO, this cure the Chinese already knew and did not report for doing business.

If they get to contract the Covid-19 … which is not a Virus as they have made us believe, but a bacterium … amplified with 5G electromagnetic radiation that also produces inflammation and hypoxia.

They will do the following:

They are administered to take Aspirin 100mg and Apronax or Paracetamol.

Why? … because it has been shown that what Covid-19 does is to clot the blood, causing the person to develop a thrombosis and the blood not to flow and not oxygenate the heart and lungs and the person to die quickly due to not be able to breathe.

In Italy they marred the WHO protocol and did an autopsy on a corpse that died from Covid-19. They cut the body and opened the arms and legs and the other sections of the body and realized that the veins were dilated and coagulated blood and all veins and arteries filled with thrombi, preventing the blood from flowing normally and bringing oxygen to all organs, mainly to the brain, heart and lungs and the patient ends up dying.

Already knowing this diagnosis, the Italian Ministry of Health immediately changed the Covid-19 treatment protocols … and began to administer to their positive patients Aspirin 100mg and Apronax, result: the patients began to recover and present improvements and the Ministry of Health released and sent home more than 14,000 patients in a single day.

Ukrainian Prosecutor Reveals Pressure Applied to Him re: Burisma 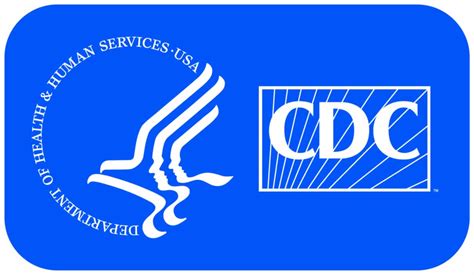 Horowitz: The CDC confirms remarkably low coronavirus death rate. Where is the media?

Most people are more likely to wind up six feet under because of almost anything else under the sun other than COVID-19.

The CDC just came out with a report that should be earth-shattering to the narrative of the political class, yet it will go into the thick pile of vital data and information about the virus that is not getting out to the public. For the first time, the CDC has attempted to offer a real estimate of the overall death rate for COVID-19, and under its most likely scenario, the number is 0.26%. Officials estimate a 0.4% fatality rate among those who are symptomatic and project a 35% rate of asymptomatic cases among those infected, which drops the overall infection fatality rate (IFR) to just 0.26% — almost exactly where Stanford researchers pegged it a month ago.