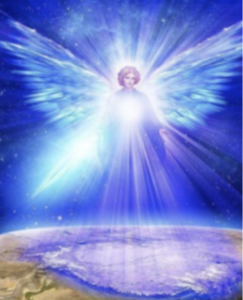 As our thanks to you, we offer Lightworkers: Creating a World that Works for Everyone. Vol. 2: The Reval and Setting Out.

In which the following essay appears.

A Single Reval or Waves of Abundance?

Did you think we’d just have the Reval and that’d be the end of it?

No, apparently the Reval is just the start.

However we think of abundance, there’s more to it than just the Reval.

Let’s start with the the Divine Mother’s revelation that there’ll be more than one wave of abundance over time.

“That is why we have also said (this is an aside), there will be several waves of abundance. So we give you the allowance and we see how you do.” (1)

Now let’s add another component that just got expanded: Archangel Michael has said there’ll be more than one prosperity package over time:

Steve: Will [my prosperity package] be delivered by FedEx or will it to show up as increased digits on my bank account?

Archangel Michael: It will be both, actually.

Steve: How is that possible?

AAM: Because it is more than one payment. (2)

So there are two indications that there’s more to the Reval than meets the eye.

I remember when Linda observed gold being brought to the Neptune from other places in the universe and then being flown down to Earth, perhaps two years ago.

I asked him to go over the various sources with me.

Archangel Michael: It will come from a variety of sources. … There is a great deal of wealth, not only upon your planet but off planet. (3)

Did he say off-planet wealth? My appetite was definitely whetted.

Steve:  I want to have more understanding of where the inflow of money is coming from. Some of its coming from the Chinese elders. That’s correct, right?

Steve: … And some from the prosperity packages?

Steve: … Some from sequestered illuminati money?

Not only off-planet gold, but the galactics will retrieve treasure ships, some accidentally sunk and others sunk on purpose. Rumors of miles and miles of gold bars retrieved from underneath the Vatican in a tunnel running from there to Jerusalem.

The list goes on and on of the amount of wealth that will be available for rebuilding us and the Earth.

I later also discover that there’ll be galactic funds for humans who participate jointly with them on projects:

“If in your spiritual maturity, you go forth, and we believe you will (we strongly believe you will), [in the belief] that this unfoldment is underway and that you are demonstrating, not simply a primitive attitude or a tribal attitude but more of a global, universal attitude, then you are ready to not only meet with your star family but participate with them, their technology, their gifts, in community, to go forth in the next phase in the building of Nova Earth.”  (5)

On another occasion, in a reading with Kathleen, he gave more details.

“The Galactics have no shortage of money and so there will be some very massive projects and the funds will be made available but they will really ask for human leadership in order to be not be seen as trying in any way to assume control.” (6)

Keep in mind that I won’t be the only person serving in this role. Back when we called a pipeline a “funder,” he said:

Archangel Michael: Will you receive your funding.  The answer is yes.  Are you the only funder?  No. (7)

On another occasion he acknowledged that there would be other pipelines:

Archangel Michael: The provisions will come from a variety of sources and, yes, we will use you and some [other] human beings to help deliver [it] but that doesn’t mean it does not come from the Company of Heaven and the Mother herself. It does. (8)

Yes, she uses vehicles and that is the way it is set up. That is part of the plan, for people to learn how to be generous without condition. (9)

All of us serving in this capacity or another after the Reval will be learning “how to be generous without condition.”

I asked him about the relationship among these programs and he confirmed their connection:

AAM: Understand, they are all united so, when we speak of the Revaluation, we are speaking of a continuum of which this aspect of Reval is one. So it is not one or the other. It is tied into the restructuring of systems. …

We are talking about the restructuring of humanity. Because, as you are doing that reprogramming, deprogramming, reboot, it is not about this or that system or structure. …

Now, does that mean those systems that are rather, shall we say, tyrannical and unethical will simply suddenly become loving and kind, considerate? No, first it is the restructuring of humanity. (10)

The restructuring of humanity. We’ll not only be a human race, but a humane race.

I hope this demonstrates that there’s an entire panoply of abundance programs primed to begin after the Reval releases the dam.

There’ll be wave after wave in the ocean of abundance and river after river emptying into it. We are limited only by how large we can dream and how far we can emerge.

Lightworkers: Creating a World that Works for Everyone Vol. 2/3:  The Reval and Setting Out is available for downloading (free) here: https://goldenageofgaia.com/wp-content/uploads/2022/09/Lightworkers-2-3-2.pdf

(9) Steve: This poverty that we are having to endure just doesn’t seem necessary.

Divine Mother: You have agreed that you are on, can we say, the receiving end.

Steve: So our being [poor] is used as a means to get people to open up?

Divine Mother: To express gratitude, generosity, unity and to express what is valuable to them.

Steve: So that is what the spiritual meaning of this is. That we serve that purpose of igniting people’s generosity or inspiring it.

Divine Mother: That is correct. You are the catalysts.

Steve: That is what I needed to know. (Divine Mother in a personal reading with Steve Beckow through Linda Dillon, June 7, 2015.)