Era of Light,  11/20/2021
(https://eraoflight.com/2021/11/20/austrian-police-army-reportedly-refusing-to-enforce-health-dictatorship-will-march-in-protest-against-it/)
Excerpt only.

Beginning on Monday, Austria placed millions of citizens not fully vaccinated in lockdown. One third of the entire population is now confined to their homes and can only leave in special cases.

Predictably, the lockdowns of the vaccinated have not curbed the increase in cases and Austrian Chancellor Alexander Schallenberg is now mulling a countrywide lockdown — of everyone.

Naturally, it will not be Schallenberg and the rest of his ministers in the executive cabinet who will enforce these lockdowns and mandates. It will be the enforcement class — police and military — otherwise known as order followers.

After all, it is not the evil people who crafted plans for such despotism and suffering throughout history who actually carried it out. It is their unquestioning order followers — “just doing my job.”

Thankfully for the Austrian people, however, as the French newspaper Infodujour reports, not all of their law enforcement is made up of unquestioning order followers and many in the police and military are refusing to follow these orders.

“The police and the army refuse to control the health pass in the name of ‘freedom and human dignity.’ They will join a large demonstration against compulsory confinement on November 20, 2021 in Vienna,” the paper reports.

Days after Schallenberg announced the segregated lockdown, the leader of the Freedom Party (FPÖ) Herbert Kickl, called for a “mega-demonstration” on November 20 in Vienna and police are apparently supporting and even joining.

In an interview, Kickl explains that the mega protest is “For freedom, human dignity and against the division of society through an irresponsible corona policy of the government, which makes the population the scapegoat for their failure. Everyone is invited to be there, because everyone is directly or indirectly affected by the madness . In the face of this huge challenge we all face, worldview must no longer play a role. With this demo, we want to be a platform for everyone who no longer wants to sit and watch.”

After the former minister of the interior’s speech, according to the infoDujour, “Austrian Armed Forces Union (FGÖ) President Manfred Haidinger followed suit and joined in in a letter published on 14 November. He intends to “defend fundamental rights and freedoms”.

The FGÖ specifies that “everyone” is authorized to demonstrate, even in the event of confinement! The obligation of control imposed by the Minister of the Interior, Karl Nehammer has already been rejected by the police union. In addition, the Union of Austrian Armed Forces announces that they will participate in this great gathering in Vienna.”

The chairman of the Social Democratic Trade Unions (FSG) and the Police Union, Hermann Greylinger said in an interview that police don’t want to carry out these checks.

In the letter by Haidinger (FGÖ) adds in his letter, “we hereby point out that participation in assemblies is a particularly protected legal right and that it is also taken into account in the draft ordinance currently available. Participation and travel throughout Austria is permitted. Although unvaccinated people are advised to travel by private transport.”

The letter states that “the ban on a meeting planned by citizens as well as the ban on a gathering of political parties have been recognized as illegal” by the Vienna Administrative Court. DYSTOPIA DOWN UNDER: Australian Military Summoned to Relocate COVID-19 Positive and “Close Contacts” to Quarantine Camps

They’re really going for it!

The Australian government is now moving to relocate people in the Northern Territory with COVID-19 and their “close contacts” to quarantine camps or what people mostly called the ‘concentration camps.’

One Twitter user claimed the Australian government of approaching the seventh stage of genocide.

Zero Hedge reported — The Australian army has begun forcibly removing residents in the Northern Territories to the Howard Springs quarantine camp located in Darwin, after nine new Covid-19 cases were identified in the community of Binjari. The move comes after hard lockdowns were instituted in the communities of both Binjari and nearby Rockhole on Saturday night. Despite having a high vaccination rate, Australia’s current COVID-19 cases are still high. The Gateway Pundit previously reported that the residents of Australia’s second largest state are now at risk of losing the money in their bank accounts, their homes or other property, and even their driving privileges if they do not pay their fines from breaking any of the tyrannical government’s draconian Covid rules in a timely manner. 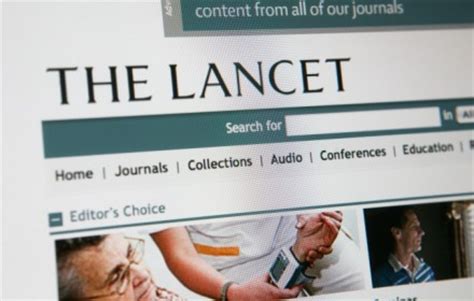 COVID-19: stigmatising the unvaccinated is not justified

In the USA and Germany, high-level officials have used the term pandemic of the unvaccinated, suggesting that people who have been vaccinated are not relevant in the epidemiology of COVID-19. Officials’ use of this phrase might have encouraged one scientist to claim that “the unvaccinated threaten the vaccinated for COVID-19”.1

But this view is far too simple.

In Germany, 55·4% of symptomatic COVID-19 cases in patients aged 60 years or older were in fully vaccinated individuals,4

and this proportion is increasing each week. In Münster, Germany, new cases of COVID-19 occurred in at least 85 (22%) of 380 people who were fully vaccinated or who had recovered from COVID-19 and who attended a nightclub.5

People who are vaccinated have a lower risk of severe disease but are still a relevant part of the pandemic. It is therefore wrong and dangerous to speak of a pandemic of the unvaccinated.

Historically, both the USA and Germany have engendered negative experiences by stigmatising parts of the population for their skin colour or religion. I call on high-level officials and scientists to stop the inappropriate stigmatisation of unvaccinated people, who include our patients, colleagues, and other fellow citizens, and to put extra effort into bringing society together.

CALGARY — An Alberta-based rental housing provider says it hopes to set a precedent with its decision to require proof of COVID-19 vaccination from new tenants.

Strategic Group — which owns more than 1,500 one and two-bedroom suites in rental apartment buildings in Edmonton and Calgary — says it believes it is the first major landlord in Canada to implement a vaccine requirement for new tenants.

“We’re proud of it. Very proud of it. And we’d like to see other landlords implement the same policy,” said chief operating officer Tracey Steman. “It will help to end this pandemic.”

Since the COVID-19 vaccine became widely available earlier this year, there have been a handful of reported instances of small landlords requiring proof of vaccination from tenants, usually in cases of basement suites in detached homes where the landlord lives upstairs.

But as a large-scale real estate company and property manager with multiple buildings in its portfolio, Strategic Group appears to be unique in the stand it is taking. In addition to requiring proof of vaccination from anyone touring a suite or moving into a building, the company will also require existing tenants to be fully vaccinated to access common areas like fitness facilities and party rooms.

“We’ve had really good feedback from our tenants,” Steman said. “We just heard from one who said, and I’ll quote it, ‘As someone who’s lost family members to COVID in the last year, it’s refreshing to see a company invest in the well-being of the community.”’