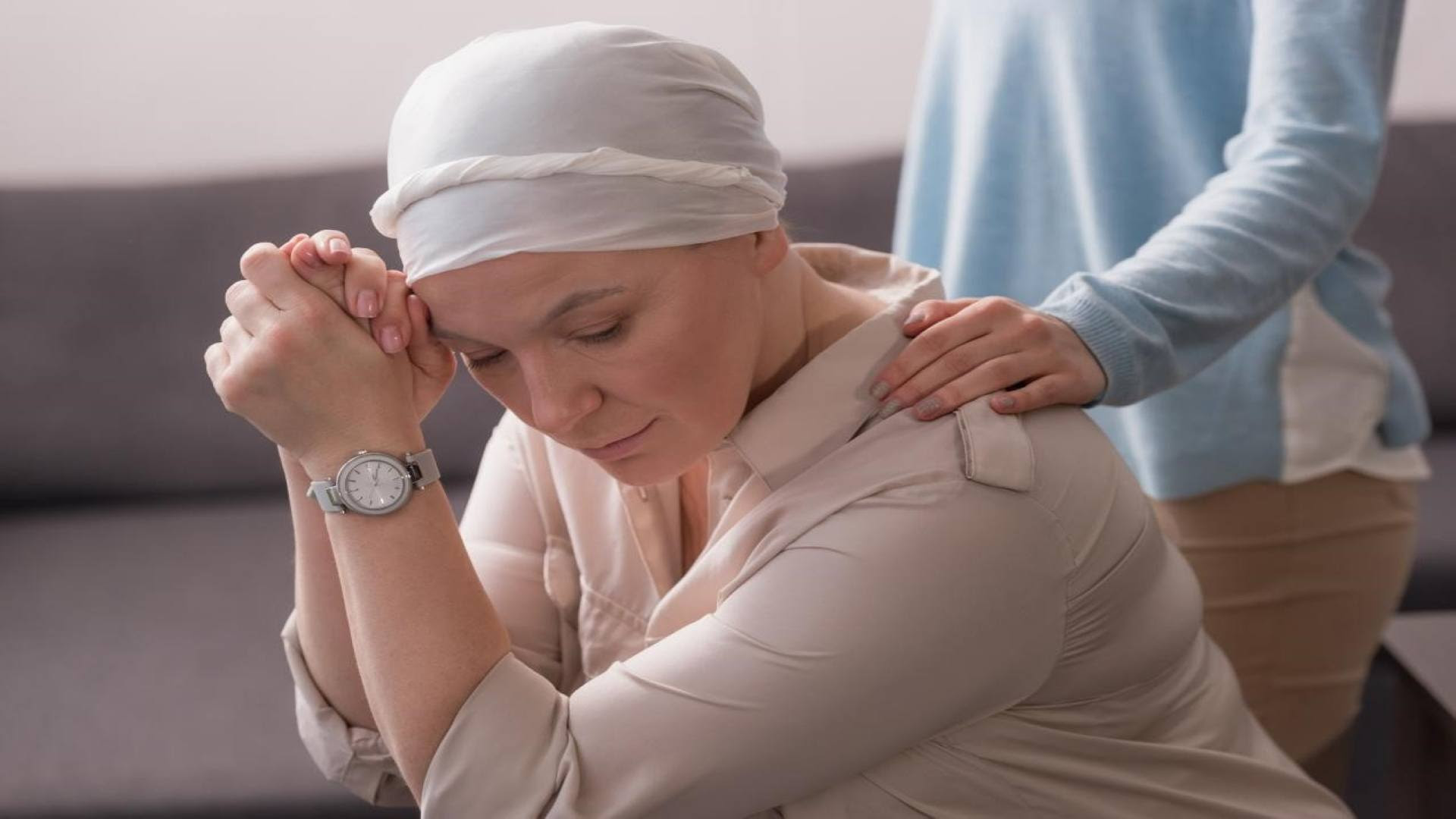 Across the globe, patients have reported being denied
cancer care, kidney dialysis and urgent transplant
surgeries, with sometimes fatal results.

Tomorrow another 27 thousand cancer patients will die. Each year 10 million perish and doctors still cannot tell us why. World health officials do not seem to care. In the United States, by executive order, all nonessential medical procedures were ended to preserve hospital capacity around the country. Where these flatten the curve destroy the world orders were actually sourced is not clear but all over America hospitals emptied, waiting for floods of COVID-19 patients but few arrived.

Only in parts of New York City did resources become temporarily thin. Elsewhere in the country, hospitals almost entirely stopped doing business. Then the financial crisis hit. So far, 266 hospitals have furloughed workers. Trump sent a 1,000 bed hospital ship to New York where it sat unused. During the worst weeks in New York videos where taken in front of several hospitals, all of which were deserted.

At the end of May 500 Doctors wrote to Trump warning that the lockdown will cause more deaths than the virus. California doctors say they’ve seen more deaths from suicide than coronavirus since lock-downs went into effect. And so quiet are hospitals that the local University of Washington medical system, with several hospitals and clinics they are faced with a $500 million shortfall by end of summer.

Of 1,200 patients and survivors surveyed by the American Cancer
Society in the first two weeks of May, 87% said the pandemic
has affected their health care. That’s compared to 51% in April.

There are many ways the over-reaction of health officials is hurting cancer patients. One of the most potent cancer-fighting weapons is exercise. Several studies have shown that physical activity is linked with decreased risk of some cancers, particularly breast and colon cancer. People who followed healthy lifestyle habits, including exercising for more than 30 minutes daily, lowered their risk of colorectal cancer, according to a study published online in October in the British Medical Journal.

In one meta-analysis1 of 305 randomized controlled trials including 339,274 participants, researchers compared exercise with drug interventions on mortality in diabetes and heart disease. They found there was no statistically detectable difference in those who used exercise or who took medication in the prevention of coronary heart disease and diabetes. In fact, exercise was found to be more helpful than prescription drugs for those who’d had a stroke.

Keeping people indoors instead of exercising and being out in the sun is not a good idea for cancer patients. I bet world health officials did not consider that a lack of sunlight can also cause cancer. Vitamin D deficiencies (lack of light) can lead to the development of prostate and breast cancer, memory loss, and an increased risk for developing dementia and schizophrenia.

”It seems clear that light is the most important environmental input, after food, in controlling bodily function,” reported Dr. Richard J. Wurtman, a nutritionist at the Massachusetts Institute of Technology. “Sometimes I get the impression my dermatologist colleagues would be happiest if we lived in caves,” continues Wurtman, who recommends daily 20-minute walks at noon to get the sunlight we need.

That is exactly what health officials wanted the public to do, make caves out of their own homes and damn the consequences. “Cancer is helped by sunbathing. Those who get more sunlight have less cancer. Sunbathing heals cancer by building up the immune system and increasing the oxygen in the tissues. Sunlight does not cause skin cancer unless one suffers through chronic sunburn,” writes Dr. Zane R. Kime, author of Sunlight could Save Your Life. 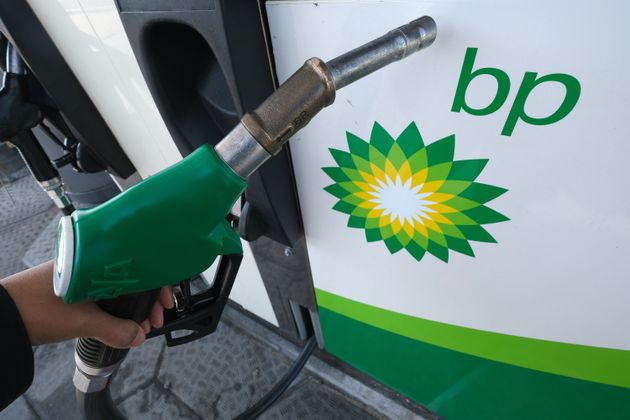 LONDON — Oil and gas company BP announced Monday that it will slash its global workforce by 10,000 jobs as the COVID-19 pandemic slams the energy industry.

Chief executive Bernard Looney said that the cuts will affect office-based roles in BP’s global workforce of 70,000 people and are expected to take place mostly this year. The changes are expected to significantly affect senior levels, cutting the number of group leaders by a third.

“We are spending much, much more than we make – I am talking millions of dollars, every day,″ Looney said in an email to staff that revealed that net debt rose by US$6 billion in the first quarter. “We have to spend less money.”

He pledged to bring down capital expenditure by 25 per cent this year, a reduction of around $3 billion. He also said that it costs $22 billion a year to run the company, including $8 billion in people costs.

“So we are driving down those operating costs by $2.5 billion in 2021 – and we will likely have to go even further,″ he said.

The job cuts come at a time of tremendous change for London-based BP. It had already embarked on a restructuring plan to ensure its long-term viability as the world decreases its reliance on fossil fuels in an effort to fight climate change. BP wants to eliminate or offset all carbon emissions from its operations and the oil and gas it sells to customers by 2050, an ambitious target.

The wider energy industry has meanwhile been hit hard by the pandemic as the widespread limits on business, travel and public life reduced the need for oil, gas and other fuels.

Supply of oil and gas was particularly high when the outbreak began, creating a perfect storm for the industry. With storage facilities filling up, the U.S. price of oil went below zero in April for the first time ever.

“To me, the broader economic picture and our own financial position just reaffirm the need to reinvent BP,″ Looney said in the email. ”While the external environment is driving us to move faster – and perhaps go deeper at this stage than we originally intended – the direction of travel remains the same.″

The U.S. contract for crude oil began the year at over $60 a barrel, collapsed to below -$37 in April and recovered to about $39 a barrel as of Monday as OPEC countries agreed to limit production.

David Elmes, who leads the Global Energy Research Network at Warwick Business School, said BP’s cuts are symptomatic of the wider challenges facing the industry, with firms in the sector thinking about cutting costs.

“BP and the other European-based international companies have already said they will become less focused on oil and gas over time,″ he said. “If this situation continues, there will be intense discussions about what can they do to move faster.”

Major companies like BP with diversified businesses are likely to survive the pandemic, but smaller oil producers are going to have a harder time, analysts say.

U.S. shale companies in particular took on a lot of debt to finance operations and can only make ends meet at about $40 a barrel. Heavily-indebted companies will have to refinance at a time of capital constraint.

Some companies are already going under. Whiting Petroleum, a shale producer, filed for bankruptcy protection in April, for example followed by Diamond Offshore Drilling. More are expected.

Hard-hitting video on what we do and don’t support. Some foul language may offend some viewers. 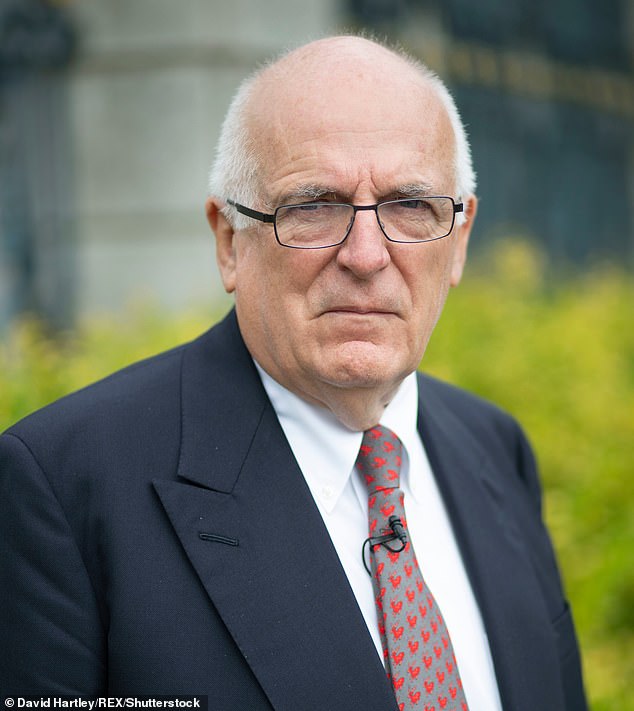 The former chief of MI6 has claimed that the coronavirus escaped from a lab in China by accident.

He cited an ‘important’ report from Professor Angus Dalgleish of St George’s Hospital, University of London and Norwegian virologist Birger Sorensen which claims the virus was manufactured in a laboratory.

In the report, scientists claimed to have identified ‘inserted sections placed on the Sars-CoV-2 Spike surface’ which the virus uses to attach onto cells and observed they were ‘significantly different from any Sars we have studied’.

Sir Richard added that the report’s findings could force China to pay ‘reparations’ to the rest of the world due to the damage wrought by the virus.

‘I do not think that this started as an accident,’ Sir Richard told The Telegraph‘s Planet Normal podcast.

‘It raises the issue, if China ever were to admit responsibility, does it pay reparations?

‘I think it will make every country in the world rethink how it treats its relationship with China.’

The research claimed that current efforts to find a vaccine would prove unsuccessful as scientists have so far misunderstood the true properties of Covid-19.

Sir Richard suggested that the scientists at a laboratory in Wuhan could have secretly been carrying out experiments on bat coronaviruses when Covid-19 somehow accidentally escaped through a lapse in biosecurity.

According to the former MI6 chief, the paper had been rewritten several times, and an earlier version apparently claimed coronavirus could accurately be called the ‘Wuhan virus’.

An earlier version of the report, seen by the Telegraph, reportedly claimed ‘beyond all reasonable doubt that the Covid-19 virus is engineered.’

A previous investigation by the World Health Organisation (WHO) found that the virus jumped from bats to humans at the Wuhan wet market where wild animals are kept in cages and slaughtered for meat.

The wet market is located not far from the Wuhan Institute of Virology, the only level four biosecurity laboratory lab in China.

Yet late last month a Chinese official admitted no viruses were detected in animal samples.

‘At first, we assumed the seafood market might have the virus, but now the market is more like a victim,’ said Gao Fu, director of the Centre for Disease Control and Prevention.