Point 2 of the Six Point Plan: universal medicare, independent of employment. (1) I have not, do not, and will not face a bill for hospital or other medical care. The same should be the case for the world’s population. After the Reval, I hope it will be.

Millions of Americans have been hit with a double blow during this pandemic: they’re out of work and without health insurance if they get sick.

Not only is the U.S. different from other developed nations by not providing universal coverage. It’s also distinct in that most working-age people rely on their job to provide health insurance.

The way it usually works is people get an insurance package when they start a new job. In normal times, most Americans tell pollsters they like their plan.

Unemployment is skyrocketing, with a historic 10-percentage-point jump in one month. Thirty-six million people have applied for jobless benefits since mid-March, according to the latest release from the U.S. Department of Labour.

A new estimate from the non-profit Kaiser Family Foundation says nearly 27 million people will lose their health plan, and while most will qualify for a subsidized backup plan, nearly six million won’t.

That follows similar findings from the Economic Policy Institute and Urban Institute that suggest at least seven million people will be left without coverage.

It’s creating a medical crisis-within-a-crisis with the potential to shape the U.S. presidential campaign.

One of the country’s best-known health-policy experts sees an alignment of conditions that could trigger a reform that has eluded U.S. politicians for generations: guaranteed health care for all citizens.

“What [the pandemic] really does is force us to figure out how we’re going to get to universal coverage,” said Dr. Ezekiel Emanuel, who not only served a senior role in the Obama White House but has been tapped for health-policy advice by President Donald Trump.

The U.S. medical system is really four systems that wind up covering most Americans: workplace plans; plans sold to individuals under the so-called Obamacare law; and two public programs, Medicare for seniors and Medicaid for low-income people.

Most people who lose a job are eligible for a backup health plan. But then they face a hodge-podge of regulations, and whether they qualify depends on the rules in their state, their income and the date they apply.

There are different enrolment periods across the country for Obamacare and different rules for Medicaid. While there’s also a program called COBRA for recently unemployed people, most don’t use it because it’s expensive.

As a result, millions are projected to slip through the cracks and lose coverage. 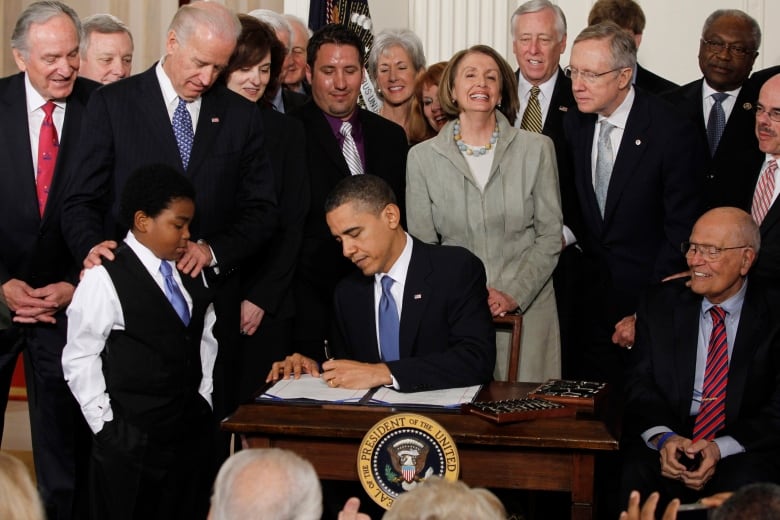 “It’s a complex system,” said Sara Collins, a health-policy expert at the Commonwealth Fund, a Washington, D.C.-based health-care advocacy group. “I think the pandemic has exposed how fragile our health-care system is.”

The conditions thrusting the health debate back to the front burner were already coming together before the pandemic.

Prior to the crisis, 10 per cent of Americans lacked health coverage.

This fall, the Supreme Court is scheduled to hear the Trump administration’s case to cancel the so-called Obamacare reform, which helps people with pre-existing conditions get private insurance.

Then there’s the pandemic itself.

While U.S. policy-makers promise to cover COVID-19 treatment, a large majority of respondents in one poll said fear of costs would affect whether they seek treatment for the disease.

There are anecdotes around the country about unexpected bills for treating COVID-19.

One cancer patient, Danni Askini, told CBC she feared going bankrupt. She got sick with COVID-19 while transitioning between insurance plans and was billed $50,022 Cdn. 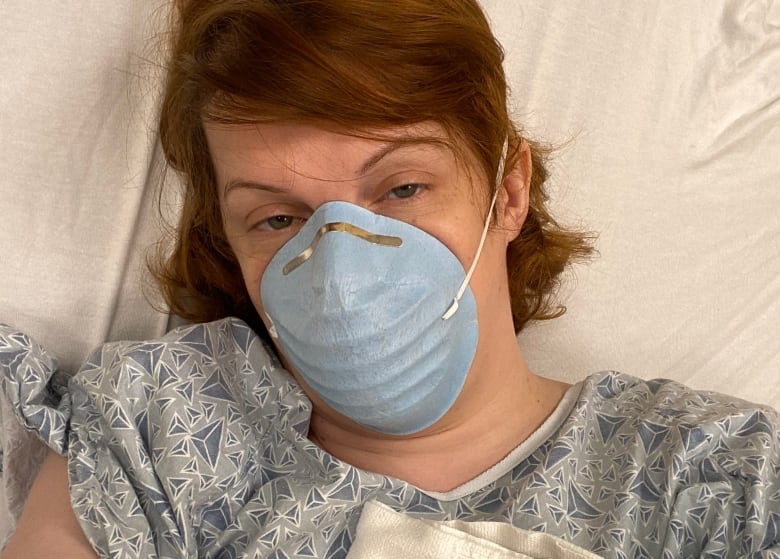 Danni Askini is an unemployed public health nurse and cancer patient who contracted COVID-19 and ended up with a huge bill for her medical expenses. (Submitted by Danni Askini)

Meanwhile, a Michigan doctor told CBC she knows of patients avoiding treatment for other illnesses because they’ve lost insurance.

Dr. Victoria Dooley said some patients with diabetes and high blood pressure have stopped coming in, and her colleagues are taking it upon themselves to call around and make sure everyone gets the insulin they need.

“It’s so awful,” Dooley said. “We should not connect health insurance to your employment.”

Until recently, Dooley was travelling around the country as a campaign surrogate for Sen. Bernie Sanders, promoting his Canadian-style single-payer public plan.

Sanders ultimately lost in the primaries and conceded the Democratic nomination to Joe Biden, who favours a more incremental approach to universal coverage. 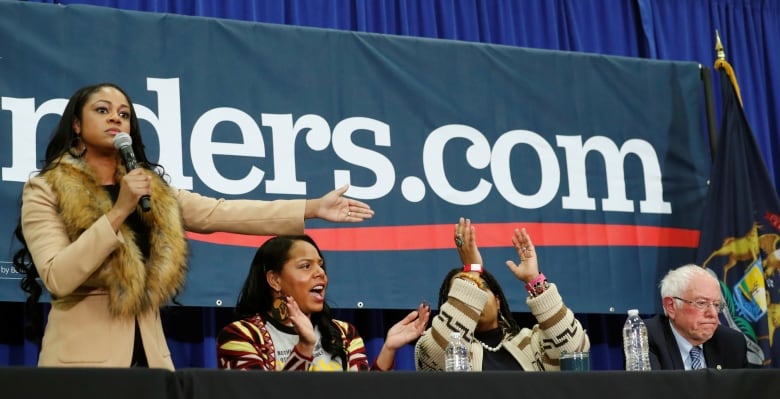 Biden would create a so-called public option — under it, anyone could buy into a public plan like seniors’ Medicare.

Sanders supporters haven’t given up their single-payer goal, and are hoping to achieve it by ramping up pressure on Biden.

Some progressives have told the presumptive nominee that unless he adopts Medicare for All, they might not support him this fall, impairing his chances against Trump.

A coalition of eight groups pressed that demand in a letter to Biden, and are also applying pressure through task forces set up by the Sanders and Biden teams to write the party platform.

Dooley said progressives need to use their leverage right now.

“We will never get [what we want] if we don’t demand it of our politicians — if we don’t say, ‘Hey, you have a Medicare for All candidate or we’re not voting for him,'” Dooley said.

“I’m hoping this pandemic and all the problems it has exposed in our society will encourage more people to make politicians work for our vote.”

Biden has already budged a bit, having recently agreed to something that might best be described as Medicare for More. He promised he would lower the eligibility age for the seniors program from 65 to 60.

The difficulty of health reform

Emanuel, who was deeply involved in the crafting of Obamacare, said it takes a rare alignment of three conditions to pass any health reform through the U.S. Congress. He sees them now coming together.

The first condition: widespread recognition of a problem. The second is a catalyzing event — COVID-19 and the upcoming election — that spurs demand for change.

“Before [this crisis], it might have been, ‘Well, I have my employer’s insurance. This is not that critical to me.’ But now it’s like, ‘Whoa. I could lose my coverage,'” Emanuel said.

What he feels is missing, however, is a crucial third piece: consensus support for a single plan. And that’s now the most hotly debated policy topic in Democratic politics. 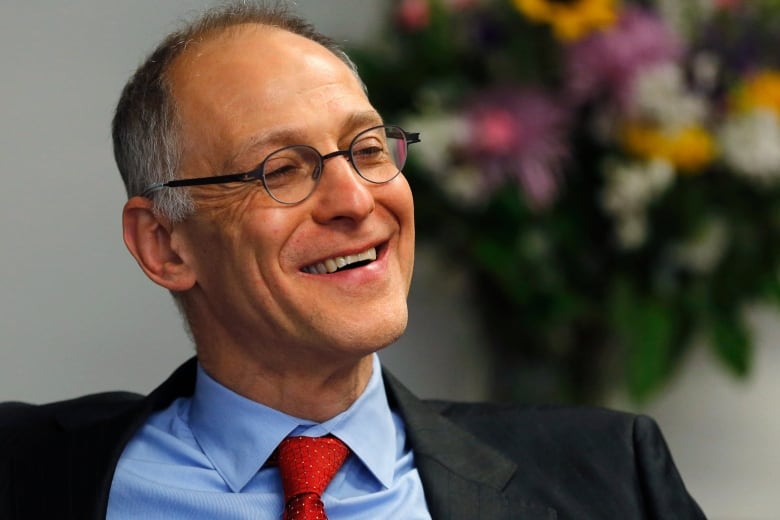 Emanuel has publicly expressed his skepticism of Medicare for All. He believes replacing the entire system with a single-payer plan is more divisive, more disruptive to the economy and, crucially, less likely to pass through Congress than other ideas.

He prefers a model that lets people buy into a public plan.

Medicare for All is “a lightning rod,” Emanuel said, “and I don’t think we want to pass a lightning rod and rekindle the Obamacare … battles. I think that would be a bad approach.”

The current administration seems to acknowledge the importance of health care and its ability to motivate voters, but for most of his time in office, Trump has been focused on fighting Obama’s reform.

Last week, Trump said, “What we want to do is terminate [Obamacare] and give great health care.” He has not explained what alternative he’d propose. 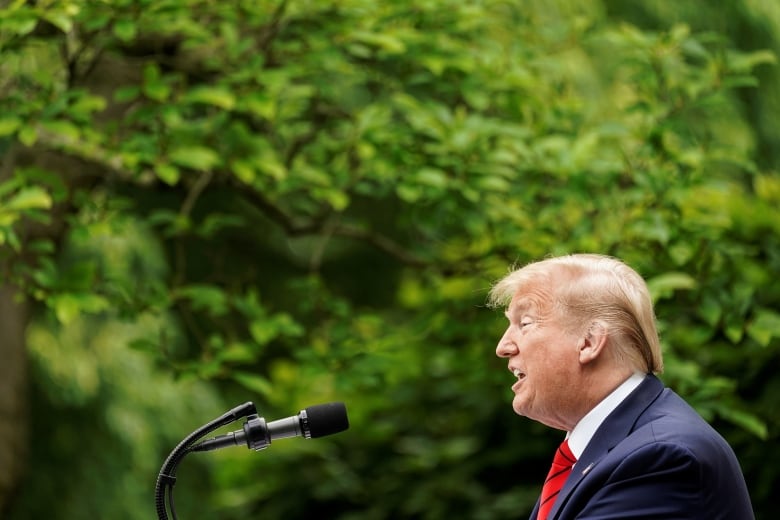 Trump, seen here in the White House Rose Garden on May 11, says he will pursue the Supreme Court case against Obamacare. (Kevin Lamarque/Reuters)

Emanuel, who has discussed health policy with Trump on different occasions, said the current president doesn’t care much about details.

Fifth, the elimination of personal debt.