There are so many stories coming out now, we may need to post several roundups throughout the day…. 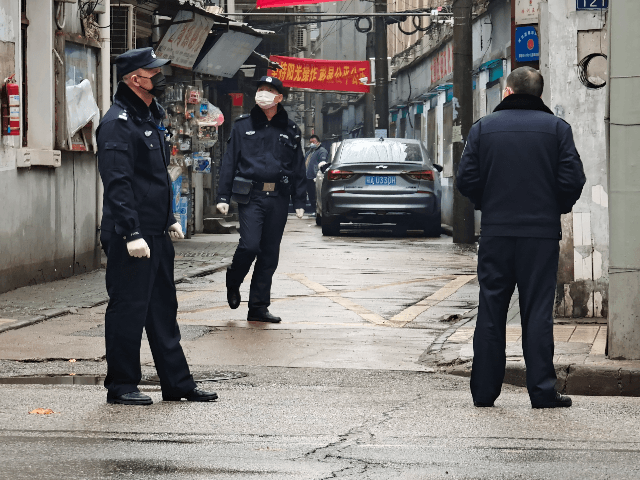 The protest in Hubei is why I believe the Alliance will have to move quickly to round up the cabal: The public will only stand so long being isolated.

Massive Protest Breaks Out in China’s Hubei Province, Ground Zero for the Coronavirus

A huge protest march swept out of China’s Hubei province on Friday, with thousands of angry residents pouring across a bridge into neighboring Jiangxi province and clashing with police.

The capital city of Hubei province is Wuhan, ground zero for the coronavirus pandemic.

The Hubei residents streaming across the bridge are clearly angry after weeks of the coronavirus lockdown, which in theory is being lifted as the Chinese government claims infections in Hubei have dropped to zero.

Evidently the protesters are infuriated by how the government has treated them during the crisis – infuriated enough to flip over police cars and swarm past riot control barriers.

Footage from Hubei, #China appears to show residents attacking officers and police vehicles on a bridge as they attempt to access neighbouring Jiangxi province. The unrest follows weeks of #coronavirus lockdown in Hubei. pic.twitter.com/VpROreqzy6

Wow, mass rioting in China, where citizens trying to cross a bridge between Hubei and Jiangxi. Stiff police control due to #COVID19 fears seem to have provoked people

The protests are becoming violent as more police arrive.

Word on the street is the residents are upset about their treatment by the government during the #coronavirus lockdown. pic.twitter.com/mmemVIgSMD

These videos have already been removed from WeChat and Weibo, presumably by the #CCP. pic.twitter.com/q1U5IdZ0sY

According to the “Things China Doesn’t Want You to Know” Twitter account quoted above, there are rumors the riot was kicked off by a fight between Hubei and Jiangxi police officers. The Hubei police were reportedly angered by Jiangxi police crossing into their jurisdiction.

A number of Hubei police officers appear to have joined the civilian demonstrators in their march toward Jiangxi, and evidently raised few objections when the civilians decided to trash a few Jiangxi police cars and club riot police with their own shields.

Noted Chinese dissident Badiucao heard rumors that the fight broke out because Jiangxi police resisted orders to open the border to Hubei after the coronavirus lockdown officially ended on Wednesday. One reason for their reluctance, according to Badiucao, is that “no one trusts the official numbers” for reduced coronavirus infections in Hubei, not even the police.

1/ Riot outbreaks on border bridge between Hubei and Jiangxi in China today.
the conflict starts due to police from different provinces fighting for jurisdiction on checking #COVID19
It escalates into mess riot which blocked whole bridge.
more vids comingpic.twitter.com/gjErDfgqVd

Jiangxi police on a checkpoint on the bridge had allowed a group of migrant workers stranded during the lockdown to pass, but had refused to allow Hubei residents through.

After angry disputes broke out, Jiangxi police sent in riot police to seal off the entrance to Jiujiang.

Video footage posted to YouTube showed thousands of people marching up the approach road to the bridge, shoulder to shoulder with uniformed police from Hubei, shouting “Go Hubei! Go Hubei!”

A Hubei resident told RFA people from the province feel stigmatized and discriminated against, as they are still unwelcome in some other parts of China and treated poorly even when allowed to enter.

RFA confirmed on Friday morning that the bridge battle broke out after Jiangxi police “injured Hubei police in the morning.” The civilian protesters expressed anger at the way they have been treated during the coronavirus epidemic.

Canada’s Globe and Mail quoted a Chinese Communist Party (CCP) official yelling at the crowd through a loudspeaker and telling them it was “dangerous” to gather on the bridge due to “the risk of virus infection,” but the warning did not appear to be widely heeded.

The Communist Party’s People’s Daily did report on the bridge conflict even as social media videos were scrubbed, describing it as “regrettable.”

“The people of Hubei have made great efforts and significant contributions to winning the battle against the epidemic. People from all sectors of society have also been calling for the acceptance of Hubei’s migrant workers. However, it’s undeniable that some individuals of some regions have intentionally or unintentionally discriminated against Hubei people, set up obstacles for them to return to work,” the People’s Daily wrote.

The Globe and Mail reported growing skepticism of the CCP’s claims to have controlled the epidemic, citing health officials who admitted thousands of asymptomatic patients were systematically excluded from the official counts to produce the “zero local infections” figure uncritically repeated by the World Health Organization and many American media outlets. Furthermore, the number of cremated remains returned to grieving families by the authorities this week is noticeably larger than the 3,200 deaths officially admitted by the CCP.