/ Home / Uncategorized / Fear of Nothingness or Free at Last? 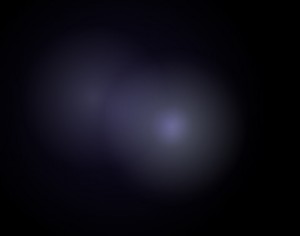 In my view, we fear going back to nothingness, but, if you’ll allow me to say so, that’s indeed our destination.

Says the Koran: “Does it not occur to man that there was a time when he was nothing?” (1)

The Atman or Self that we are is nothing. It’s a spiritually-accepted fact.

And everything we do spiritually is at least in aid of helping us to realize that – even as we flee from the inquiry. Many of us have a divided, push/pull mind on the subject.

I feel myself turning from the world to God, which is, in my way of seeing things, the basic spiritual movement.

How could we not be nothing at heart? God is no thing. God has no connection with the material world of things. God is not material, is beyond, transcends. As Krishna said, speaking as an Incarnation of the Divine:

“This entire universe is pervaded by me, in that eternal form of mine which is not manifest to the senses. Although I am not within any creature, all creatures exist within me. I do not mean that they exist within me physically. That is my divine mystery. You must try to understand its nature. My Being sustains all creatures and brings them to birth, but has no physical contact with them.” (2)

So, given that we are God (3) – since God is everything, as well as nothing –  we must be transcendental, formless, no (material) things. We are nothing. … And everything. As God is.

Allowing this in can make for a pleasant or a rocky ride. For anyone holding on to the world of things, it can be rocky at times, yes.

But for those who are willing to let go of a 3D idea for a higher but unfamiliar, to go with the flow rather than with the mind, to adapt to the drift of this moment’s reality, and this, and this, it’s a wonderful ride.

AND one minute into bliss and any residual downside disappears. Nothing else than the enjoyment of the state you’re in matters.

“The human mind is a spark of the almighty consciousness of God.” (Sri Yukteswar Giri in Paramahansa Yogananda, Autobiography of a Yogi. Bombay: Jaico, 1975, 112.)