Divine Cosmos: Cosmic Perspective on the Defeat of the Cabal, October 27, 2014, https://divinecosmos.com/

[David Wilcock comes out with another epic article explaining his views on what’s showing up as evidence for the fall of the reign of the cabal or Illuminati. As usual, we’ll post the a bit of the first section and link to his site for the rest.

The first section talks mostly about the recent Hollywood productions that are, according to David, spilling the beans about what’s truly going on behind the curtain. A teaser below and a link here: Part 1.

The second part talks about the cyclic nature of history, and the possibility of extraterrestrial bloodlines being at the heart of the cabal lineages. (Also, more about related movies.) Link here: Part 2.

The third part talks about reincarnation, with many interesting examples and pictures, along with his own possible connection to Edgar Cayce, (and what is to me the jewel of this article), the reading David gives for the current times. Scroll half-way down the page to find and read it. Link here to Part 3.]

After a much-needed ten-week sabbatical, here we are — with a message of hope, positivity and a future far greater than our wildest expectations.

In spite of the headlines we are now seeing, is it possible that we are witnessing the fulfillment of a vast, cosmic plan — with a remarkably positive outcome?

Hollywood movies are exposing the Cabal like never before — suggesting a highly positive change is coming. Strap in and prepare for takeoff!

[PLEASE NOTE: You can post excerpts on your site providing you give a workable link. Please do not “mirror” the entire piece.

Sidebar “pullquotes” will continue to be added until Monday night, so the first 24 hours will involve slight edits to improve the overall look — but that’s all.]

[UPDATE, NEXT AFTERNOON: New photographic evidence and links of classic reincarnation cases in Part Three. All edits will finish by late tonight.]

THINGS APPEAR TO BE GOING NUTS — OR ARE THEY?

There can be no doubt that life on earth is getting more and more wild and unpredictable all the time.

That’s a polite way of saying it.

More bluntly, it seems like everything and everyone is going nuts!

Is this it? Is the sky falling? Are we all going to die? Should we be falling on our knees and crying for our mothers?

Is some nasty ebola virus going to rudely eat our flesh before the worms get their chance in another fifty or hundred years? 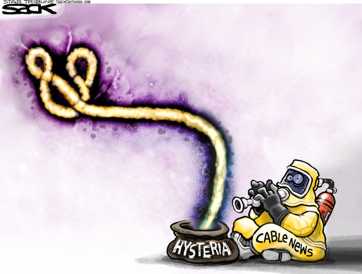 Guess what? You are about to read a message of hope — not of fear and doom.

There’s plenty of it out there if that’s what you’re looking for.

They will certainly thank you for it. They need the money!

THE POWER STRUCTURE IS COLLAPSING… FROM WITHIN AND WITHOUT

There is an international alliance taking down the so-called Illuminati power structure — and it is also collapsing from within its own member ranks.

The epic finale hasn’t happened yet — but there is so much new information pointing in that direction, day after day, that we have been overwhelmed by it.

It appears that there are 12 to 25 times more “truth journalism” articles being written on a daily basis now than there were even four months ago.

So many things are happening, all at the same time, that it is impossible to keep up with it — or even hope to write about all of it.

For right now, there are some very significant stories that seem to demand attention first.

As you are about to see, messages forecasting high-level Cabal arrests have finally made their way into major motion pictures.

THE “I TOLD YA SO PARTY” HAS ALREADY BEGUN

Since the Snowden disclosures in June 2013, vastly greater numbers of people have awakened to the basic truths we have been revealing here for years.

There most definitely appears to be a shadow government working behind the scenes through controlling the financial system, the media, corporations, military and elected officials.

Words like the Bilderbergers, the New World Order, the Illuminati and the Cabal all seem to be fairly interchangeable at this point — for an ever-increasing number of people.

Hitler was perhaps the most visible proponent of this sort of an agenda — but the infrastructure behind him didn’t simply disappear after World War II.

The great masses of the people will more easily fall victims to a big lie than to a small one. — Adolf Hitler

This “big lie” has become something we cannot ignore — unless we wall ourselves off from conventional society altogether.

I celebrated 22 years of sobriety on September 21st. It’s not always easy but I am much happier this way.

In order to heal and release an addiction, you first have to acknowledge the problem. Then you need to fearlessly take steps to alleviate it.

What luck for the rulers that men do not think. — Adolf Hitler