My thanks to Len, D, and Brian for their research, the fruits of which appear here.

If I was to use a traffic light system of alert then earlier this week I moved CC up to orange Alert.

Depending on how the weekend plays out, we may well move to Red Alert. Are COVID “Vaccines” Giving People AIDS? Immune System Functions Are Dropping Around 5% EACH WEEK in Those Who Were Vaccinated

The latest data from the United Kingdom’s PHE Vaccine Surveillance Report suggests that people who have been “fully vaccinated” for the Wuhan coronavirus (Covid-19) are losing about five percent of their immune systems per week.

Doubly injected people between the ages of 40 and 70 have already lost about 40 percent of the immune system capacity from the moment they get injected. They then progressively lose more of it over time, with peak immune system loss for many expected to arrive by Christmas.

“If this continues then 30-50 year-olds will have 100% immune system degradation, zero viral defence by Christmas and all doubly vaccinated people over 30 will have lost their immune systems by March next year,” reports The Exposé.

There is no denying, based on the data, that fully vaccinated people now suffer from what appears to be acquired immunodeficiency syndrome, more popularly known as AIDS. Their immune systems are fading away, which many have been warning would be the case.

“People aged 40-69 have already lost 40% of their immune system capability and are losing it progressively at 3.3% to 6.4% per week,” The Exposé says.

Interestingly, the worst-off demographic is people aged 40-49, who are suffering total immune system loss in about nine weeks. The best-off group is younger people aged 18-29, who tend to last around 44 weeks.

Elderly people over the age of 80 last about 20 weeks, while the 50-59 age category only gets about 15 weeks. The other remaining age groups last anywhere from 12 to 25 weeks.

“Everybody over 30 will have lost 100% of their entire immune capability (for viruses and certain cancers) within 6 months,” warns The Exposé.

“30-50 year-olds will have lost it by Christmas. These people will then effectively have full blown acquired immunodeficiency syndrome and destroy the NHS (National Health Service).”

Getting a “booster” shot will only speed up the death process

It is not just that the jabs do not provide the claimed amount of protection against the Fauci Flu. The fact of the matter is that they provide no protection at all in the long term and actually destroy a person’s immune system.

“Pfizer originally claimed a 95% efficiency for their vaccine (calculated as in the last column above). The figures above indicate that their figures may well have been correct immediately after vaccination (the younger age groups have had the vaccine for the shortest time),” The Exposé explains.

“But the figures above also show that the vaccines do NOT merely lose efficiency over time down to zero efficiency, they progressively damage the immune system until a negative efficiency is realised. They presently leave anybody over 30 in a worse position than they were before vaccination.”

People who take the Biden “Booster” shots will only accelerate this process by adding even more immune-destroying chemicals to their bodies. The downward spiral will move even faster, in other words, the more shots a person gets.

“If we do nothing about this, it will only get much worse than we ever could have imagined,” wrote one Exposé commenter. “I, for one, appreciate all who have stood against and continue to stand against this tyranny.”

Others echoed these same sentiments, noting that it is painfully obvious what the agenda is. How anyone could argue with a straight face that this is all for “public health” remains a mystery.

“I have introduced House Res. 57, these are Articles of Impeachment on President Biden,” Rep. Greene said. “For abuse of power in regards to his willingness to use his position of power to aid his son Hunter Biden in his business dealings.”

“I have also introduced another Article of Impeachment on President Biden, which is H. Res 597,” she continued. “This has to do with the national security crisis that President Biden has created with regards to the extreme threat at the southern border.”

“Joe Biden swore an oath, he said ‘I do solemnly swear that I will faithfully execute the Office of President of the United States and I will to the best of my ability preserve, protect and defend the Constitution of the United States’ and he is failing to uphold his oath,” Rep. Greene added.

“Joe Biden is failing the American people by refusing to uphold the law and the Constitution,” she said. “But Afghanistan is where it really hurt. You see, Article III, Section 3, Joe Biden could be guilty of treason.”

“Our law says that levying war against the U.S., adhering to the enemies of the U.S., and giving ‘aid and comfort’ is treason,” Rep. Greene said. “President Biden did that by arming the Taliban with our taxpayer-funded U.S. equipment and weapons. He abandoned Americans in Afghanistan and seems to have no interest in getting them back.”

On Friday, Becker News reported that the State Department admitted in an “off-the-record” call that the U.S. government believes there are as many as six times as many Americans trapped in Afghanistan than the public has been told. The Washington Free Beacon broke the story, based on Capitol Hill sources.

“We now know this administration repeatedly lied to the world about the citizens of our country it abandoned in Afghanistan,” Rep. Darrell Issa (R.-CA), whose office has assisted with evacuating Americans, told the Free Beacon. “But it did something even worse: It broke a sacred bond of trust between Americans and their government. This isn’t close to over.”

Also in September, a ‘hostage crisis’ was reported at Mazar-i-Sharif airport in Northern Afghanistan, where the Taliban grounded flights of U.S. civilians seeking to flee the country. President Biden had broken his promise to get 100% of Americans out of the country, as an AP fact check pointed out.

“The bottom line: 90% of Americans in Afghanistan who wanted to leave were able to leave,” Biden claimed in remarks at the White House. “For those remaining Americans, there is no deadline. We remain committed to get them out, if they want to come out. Secretary of State Blinken is leading the continued diplomatic efforts to ensure safe passage for any American, Afghan partner or foreign national who wants to leave Afghanistan.”

“For the record, Biden vowed that he would get 100% of Americans out before withdrawing forces,” the AP fact check stated. “And his suggestions Tuesday that many of the remaining Americans are dual nationals who may be undecided about leaving do not reflect the full reality.”

“He contended 100 to 200 Americans are still there” and have “some intention to leave,” adding: “Most of those who remain are dual citizens, longtime residents, but earlier decided to stay because of their family roots in Afghanistan,” the AP noted. “And White House press secretary Jen Psaki said afterward that Biden is telling those people that if they decide in two weeks that they want to go, ‘we will get you out’.”

It is now nearly November, and a State Department off-the-record call reveals that the federal government estimates 600 Americans have been left behind in Afghanistan, while lying to the American people the entire time about the true number.

This isn’t the first time that Rep. Greene has submitted Articles of Impeachment against President Biden. In January, Greene introduced H. Res 57, Articles of Impeachment, which were Referred to the Subcommittee in March. In August, Greene introduced H. Res. 596 and H. Res. 597. Most recently, Greene filed H. Res. 598, which accuses the President of the United States of “dereliction of duty by leaving behind thousands of American civilians and Afghan allies, along with numerous taxpayer-financed weapons and military equipment, endangering the lives of the American people and the security of the United States.” 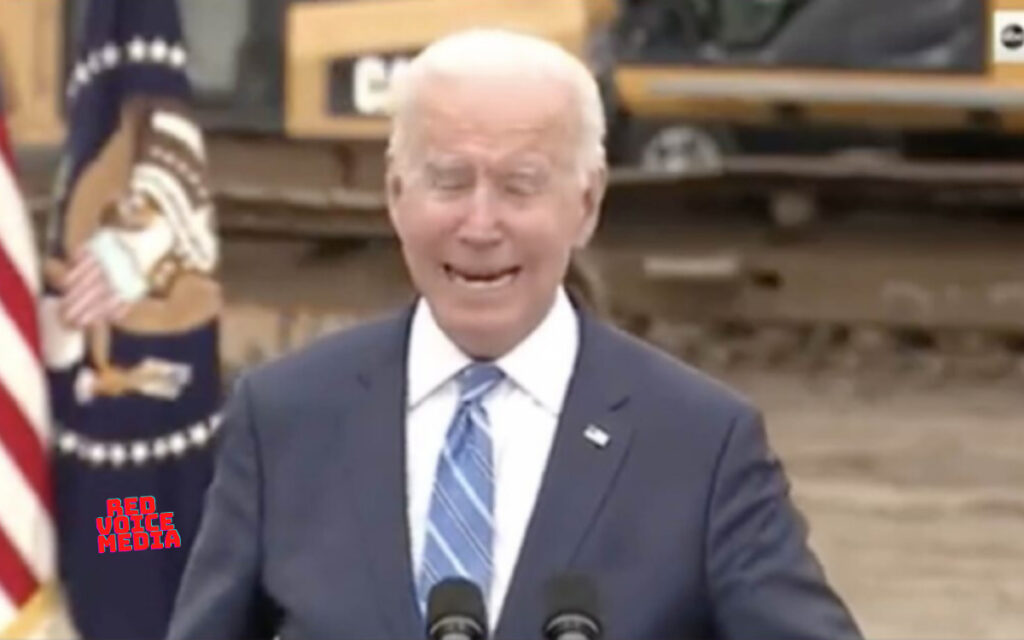 Arizona is taking President Joe Biden to court, with the state’s attorney general filing a request for a temporary restraining order to stop his administration from implementing a controversial vaccine requirement as a lawsuit filed last month moves forward.

“Once a vaccine has been administered, it can never be undone,” Attorney General Mark Brnovich said in a statement obtained by Fox News. “The COVID-19 vaccine mandate is one of the greatest infringements upon individual liberty, federalism, and the separation of powers by any administration in our country’s history.”