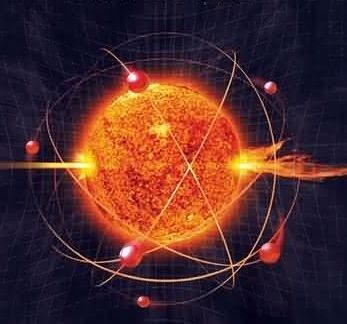 I believe society is building up to a critical mass, a critical awakening and a common resolve. (1)

Never mind the fact that the Company of Heaven has been predicting this happening;  watching the various videos coming out, one can almost see the sleeping giant of society slowly arousing itself and looking around.

We’re not simply having an economic reset, Robert David Steele said; (2) we’re having a cultural reset. I think he’s right.

Momentum seems to be gaining among doctors to protest the lockdown, the use of masks, potentially-toxic and nanotech-infused vaccines, etc.  We’ve gone from individual doctors like Drs. Rashid Buttar and Shiva Ayyadurai to the Great Barrington Declaration, which almost half a million people have signed to date. (3)

I believe this to be especially significant for our society because, with us, doctors appear to occupy the place that priests and ministers occupied generations ago. We listen to them.

Once doctors speak out on one population-control tactic, others seem to speak out in their own areas. We all seem to go up together and this seems to be a time for that.

Can the critical-mass event be the announcement that Blossom’s Federation of Light speak of? (4

Once that mass has been reached, a flood of social reforms will probably be enacted, released, and acted upon. One institution after another will cave in and opt for reform.

It used to be a very common saying that society lacked the organized political will to make big changes. When we reach critical mass, society will have that collective political will – to attend to its list of postponed changes, to update the file.

It’s reached this point in the past in such events as the English Peasant’s Revolt of 1381, the French Revolution of 1789, and the Bolshevik Revolution of 1917. But many lives were lost and we want to avoid that outcome this time.

We can’t bring our punishment-based model with us into a realm entirely framed by and characterized by love. If we cling to that model, we lower our vibrations. We close the door to love.

This is a time to be raising our vibrations. It isn’t a time to fail because we clung to a desire for revenge.

(4) Federation of Light: Yes, an Announcement is to come soon that is to shock.

Blossom: Ok … deep breath … be bold Blossom … Is this to come BEFORE the elections?

THERE WILL BE AN ANNOUNCEMENT, FOLLOWED BY A GLOBAL LOCKDOWN AND THIS WILL TAKE YOU INTO PHASE TWO.

B: So is the announcement or the lockdown the start of Phase Two?

We did not say that each Phase would be worse.

B: Well, you said things are to get a lot more Topsy Turvy.