/ Home / News / Sue Lie and the Arcturians: Gaia Needs YOU 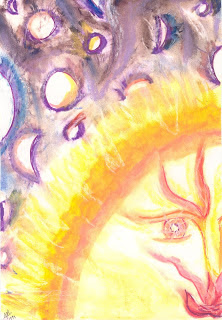 Sue Lie and the Arcturians

Of course, many of our Galactic Family who have chosen to take a human earth vessel, have long forgotten their reality on the Higher Dimensional version of our, and your, higher dimensional Galactic Family.

Many member of our/your Galactic Family have taken many incarnations on Gaia’s planet, which is also known as Earth. Earth is among the Galactic Family that also includes your planetary family members on Venus, Pleiades, Arcturus, and Venus.

We have more and more members of our family on Earth within this NOW because Gaia, the name that Earth prefers to use for Her Planetary Name, has chosen to begin Her process of expanding Her planetary consciousness to resonate to higher and higher frequencies of reality.

As many humans are aware, humanity has not always treated Gaia in a loving manner. Humans have far too often chosen to have many wars which greatly harm to Gaia’s Elements, as well as Her living Elementals, of Earth, Air, Fire and Water.

However, we, your Galactic Family, are happy to see that more and more of humanity is beginning to realize that they have declared that they will protect Gaia in the same manner that they would protect their own mothers. In fact, in many ways, Gaia is your Planetary Mother.

Just as your Human Mothers cares for you, your Planetary Mother cares for you via the Her Earth Elementals who provide you with a safe place to live and ground on which yo can walk and make homes from Gaia’s Trees.

Gaia also has Her Air Elementals that assist you to breath while wearing your 3D earth body. Gaia’s Fire Elementals offers you a fire to make your home warm, and where there is a warm place to sleep, and a way to cook your meals,

Gaia Water Elements are vital to humans as you cannot exist without sufficient water, which you also use to cleanse your body, and your home, and formally other important parts of your life. Of course, Gaia’s, Air Elementals allow you to breath the oxygen, which you need to live.

As you can see, you need Gaia assistance to create a life for your selves on Her Planet Earth. And, what does Gaia charge for all you gain from Her? Hopefully, Gaia gains the love and respect of the humans who need Her much more than Gaia needs humans.

In fact, too many times Gaia has been harmed by the humans harm to Her water, Her air, Her water, and humans even create fires that harm Gaia’s beloved planet. Fortunately, many, in fact, more and more humans are remember to take care the Gaia and all her Elementals that create a healthy planet for her SELF and for Her humans.

Is it possible that more and more humans can respect and care for Gaia more and more. The history of humanity shows that too often humans, especially the “modern humans” have not cared for their Mother Planet. When humans were more “primitive”they know that they needed to care for and respect their Mother planet.

However, as the humans have become “more evolved” in their minds, they have too often forgotten to LOVE Gaia with their heart. When humans love a person, or a thing, or maybe a pet, they try to send out love and light.

Unfortunately, too many humans forget to send that Love and Light out to their Planetary Mother Gaia. The “primitive people” had many rituals to assist Gaia, and they knew how to not take too much form Gaia, as well as to honor Gaia in their daily life.

Now, too many humans are more focused on money and things, and not focused enough on the planet that provides a place for them to live. Are humans beginning, more and more to remember that humanity is meant to be the caretaker for their planet?

Are YOU a caretaker of Gaia? If the answer is “YES,” Gaia thanks you. However, if the answer is “NO,” then it is the NOW to remember that Gaia NEEDS YOU, as much as YOU need Gaia.

SEE THE BELOW LINK TO PURCHASE SUZANNE LIE’S BOOKS