Quick question: Is this: (1) A Covid-19 virus or (2) a scene from the London 2012 Olympics ceremony?  Predictive programming? More predictive programming? July 13, 2003 Dead Zone series has episode on Coronavirus from China infecting folks and being defeated by … wait for it … Chloroquine.

– One day after revelations that the Gates/Fauci Moderna vax caused severe illnesses in 20% of high-dose recipients, Bill Gates got devastating news about his other “warp-speed” COVAX bet.

The Oxford Vaccine Group (OVG) spiked-protein vaccine was on an even faster track than Moderna. In May, Melinda Gates predicted it would be jab-ready by years’ end. Oxford and UK officials promised 30 million doses by September.

The OVG is politically wired. Lead developer, Andrew Pollard juggles scandalous conflicts that allow him to license, register, + mandate his own untested vaccines to the masses. Pollard’s political contacts won him $110 million in government grants for his jab. 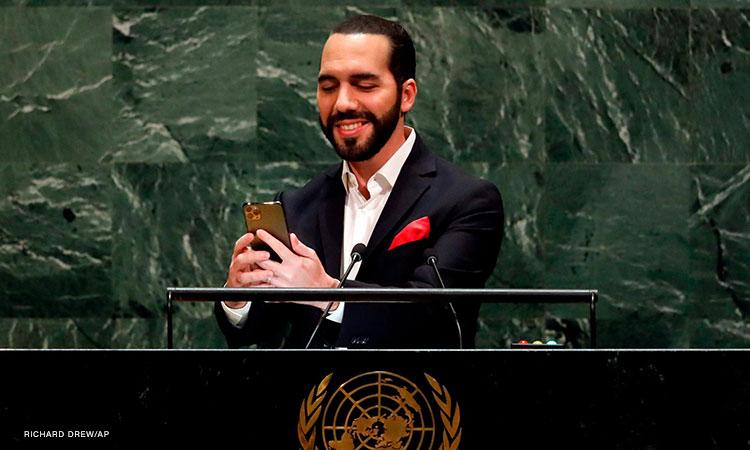 (CNN) – Salvadoran President Nayib Bukele said Tuesday he uses hydroxychloroquine, the anti-malarial drug touted by US President Donald Trump as a potential coronavirus cure, even though international health experts have questioned its efficacy and have warned of harmful side-effects.

Bukele, 38, did not say how much he was taking or if the drug was prescribed by a doctor.

However, given the deaths of several blacks at the hands of police, Amy Cooper’s threat becomes sinister.

Threaten to call the cops and say an African-American man is threatening you: No longer a harmless threat or prank.

In US news and current events today, NYC woman Amy Cooper had her dog off-leash in a section of Central Park that is popular for birdwatching, a section where dogs must be leashed. Chris Cooper (no relation) began filming after she refused to restrain her dog when he asked.

‘I’m gonna tell them there’s an African American man threatening my life,’ the NYC woman said. The confrontation in Central Park was posted by the man’s sister, who says her brother left to continue birdwatching after he stopped filming.

The NYC Office of the Deputy Commissioner, Public Information noted that ‘police were called to the Central Park Ramble for a report of an assault,’ and that no arrests or summonses were issued. The woman in the video has since been fired after the viral video took off online. 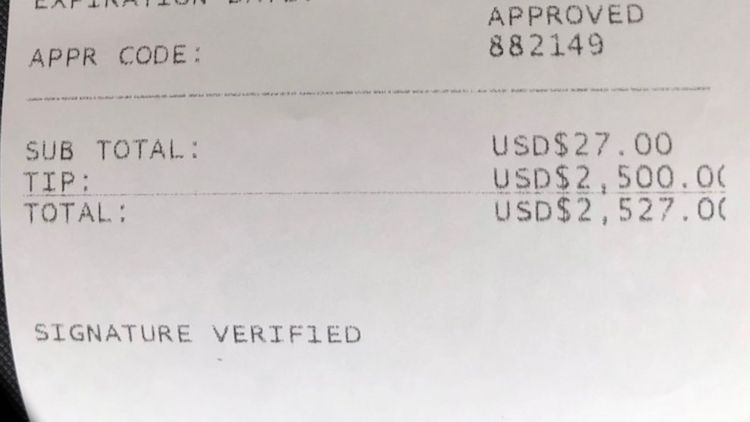 After Weeks of Struggling to Make Ends Meet, Hair Stylist Surprised With $2,500 Tip From Walk-in Customer

A 32-year-old hair stylist was left crying tears of joy after a walk-in customer surprised her and her co-workers with a hefty tip for their services.

Illsia Novotny, a stylist at Floyd’s Barbershop at the University of Denver, has been struggling to make ends meet since the salon closed amidst the novel coronavirus lockdowns two months ago.

Although her regular customers had been sending her Venmo payments to support her during the closures, the single mother had been forced to negotiate special arrangements for the rent and utility bills at her home in Aurora, Colorado.

Since the barbershop recently reopened to the public with strict sanitary and social distancing guidelines in place, Novotny was finally able to return to work earlier this month.

She had just been finishing up a busy Saturday shift last week when a man walked in for a haircut. As Novotny trimmed his hair, they chatted about baseball, Colorado, and the difficulties of making it through the quarantine. After Novotny finished the job and started sweeping up the floors, the man settled his bill with the receptionist—but before he left the store, he made a puzzling parting comment.

Minutes later, the salon’s tearful receptionist ran over to her station and told her that the man had tipped her $2,500. Not only that, he had given $500 to the receptionist, $1,000 to the general manager, and $1,800 to be divided amongst the shop’s 18 employees.