/ Home / News / Building Nova Earth / Justice/Fairness / How Do We Cover Iran Better in the News? Include More Iranians 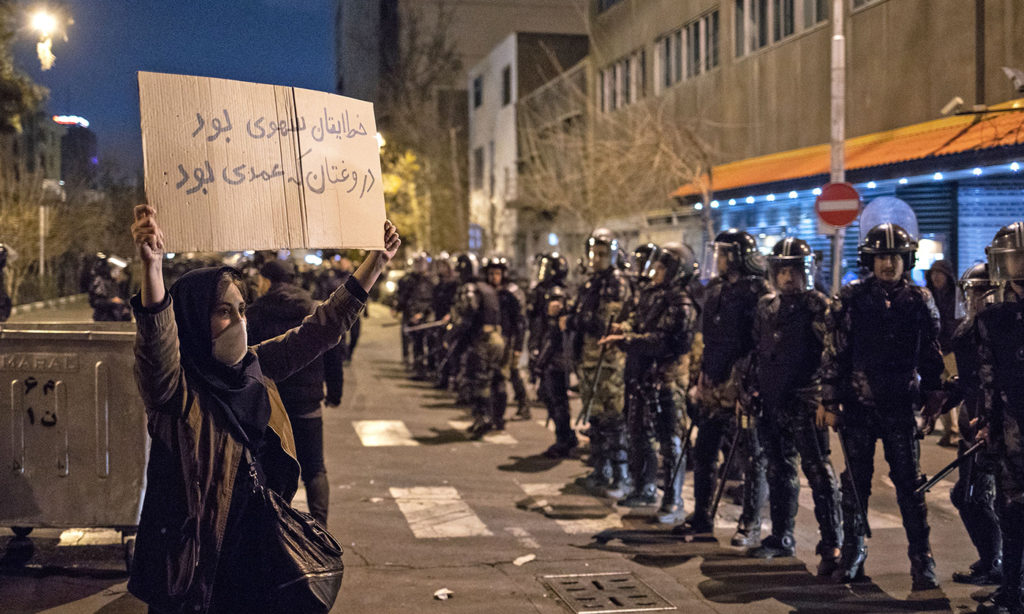 How Do We Cover Iran Better in the News? Include More Iranians

When I was growing up, my father would often yell at me, “Miko shah-med,” whenever he was angry with me. It literally translates to, “I will kill you,” from Farsi, the language Iranians speak.

It sounds harsh. But translate that to American English, and it’s more akin to, “Get outta’ here!”

Last Sunday, days after President Donald Trump ordered the drone missile strike that assassinated Gen. Qassem Soleimani, I sat down at my local bar in Harrisburg, Pennsylvania, and watched as cable news networks and national papers reported on the Iranian Parliament screaming, “Marg bar Amrika,” or “Death to America,” as it’s literally translated.

USA Today posted a video of the chant online without any explanation. And as the video lingered on, it almost seemed scary—Iranians wanted to kill Americans!

But language is nuanced. In Iran, people view governments separate from the population. And referring to someone’s death (as noted above) is not always exactly what it seems. So, translate “Marg bar Amrika,” to American English, and it should be better understood as, “Shame on the American government.”

As I watched the news that night, though, no one could give that context.

For the past week, Iran has dominated the news cycle. There has been a spate of media panels discussing what this means for Americans and our presence in the Middle East, and social media went rogue declaring this as the beginning of World War III.

But while the news has been heavily centered on foreign policy in Iran and what it means for its people along with Americans, there has been a noticeable void in the conversation: the voice of Iranians who could give historical and cultural perspectives of the conflict.

Even one of the more prominent voices on Iranian coverage for Iranian-Americans—Voice of America—is sorely lacking in using Iranian voices (though, as The Intercept reported, the coverage has as of late become more partisan than in previous years).

So, instead of trying to understand why people in Iran—even those who loathed the current government—were gathering for Soleimani’s funeral, some outlets reported on Iranian-Americans’ perceptions, almost monolithically, as celebrating Soleimani’s death.

Instead of news hosts giving a historically nuanced picture of America’s long-established, yet underreported, interference in Iran’s independence—starting with a CIA-backed coup in the ’50s—there were those who offered only a cursory analysis of the U.S.-Iran conflict.

And since protests erupted after Iranian officials admitted to downing a passenger jet the night of a retaliatory missile strike on American bases in Iraq, there’s been even more confusion on Iranians’ perceptions. Many pundits wondered how citizens mourned a military leader’s assassination one day, then denounced their own government the next.

Quite simply, it’s because Americans aren’t getting a full picture of Iranian people. For example, without historical context, viewers wouldn’t know that the same youth movements that propelled anti-regime protests in the country are also deeply patriotic, but want to handle Iran’s issues themselves.

All of those nuances in culture and history could’ve been explained, had outlets used more Iranian voices, said Hoda Katebi, an Iranian-American writer and social justice activist in Los Angeles.

“The U.S. media loves to exclude people who they’re talking about,” she said. “We see this throughout the history of journalism. The people who are being affected are not being represented. Right now, we’re at an all-hands-on-deck moment, there’s no reason to say you can’t find an Iranian person.”

A History of Leaving Out Voices of Color

This is not a new problem for U.S. newsrooms. Though representation for people of color has been something of a hotly debated topic over the past decade in newspapers and digital outlets, there historically has been—and continues to be—issues with poor representation of diverse communities in American media.

The Kerner Commission, established by President Johnson to look at race problems in America, was one of the first to point out the problems in coverage and said in its 1968 report that the media had failed to report accurately the plight of Black Americans and their conditions.

“By and large, news organizations have failed to communicate to both their black and white audiences a sense of the problems America faces and the sources of potential solutions,” the report said.

Since then, nonprofit news organizations and philanthropy groups have spent millions of dollars in hiring initiatives to diversify the media. In just one of dozens of examples from last year, the Knight Foundation and Maynard Institute gave $1.2 million to newsrooms to diversify their ranks.

And there is continued need for that, as we saw this past week with the level of misinformation coming out of American media on what was happening in the Iranian Parliament in regard to the nuclear deal to limit nuclear power in the country. When Iranian media reported that the country was stepping away from the deal, American media ran the story, attempting to work off word-to-word translations.

Turns out, that’s not what really happened, said Melissa Etehad, an Iranian-American reporter covering Iran for the Los Angeles Times.

“The nuance of culture and language plays a really important role, and translating things that we see in Iranian media is a really difficult thing, even for second-generation journalists, like myself,” Etehad said. “There seems to be several layers removed from how American outlets are interpreting things.”

A Push for Diversity in Coverage

Still, hiring as a solution has its problems. Kathleen McElroy from the University of Texas in Austin, for example, wrote for Poynter that newsrooms can’t hire their way out of their diversity issue. Journalists who work at media companies that have focused on diversity already see the benefits through better reported stories.

At AJ+, the digital and youth-forward American presence for Al Jazeera News, using more diverse voices has helped its ability to tell richer narratives, said Yara Elmjouie, an Iranian-American producer who reports on culture and food.

“Being a member of that community, it exposes you to insight that people outside the community could never, ever have. It leads you down a rabbit hole,” he said.

But it’s not just getting newsrooms to hire more diverse reporters, it’s also making sure to include more voices in the coverage, which also is a problem.