(We have taken the executive decision of no longer making our links “hot” to address the malware problem.)

The apparent “honour killing” of Pakistani social media celebrity Qandeel Baloch has led to renewed debate over women’s rights in the country, including the freedom to speak out online.

Ms Baloch, 26, was frequently abused in cyberspace and had received death threats for her outspoken and controversial posts.

But Pakistani women, including journalists, often face vitriol and denigration for speaking their minds.

WARNING: Some readers may find the language used below disturbing. 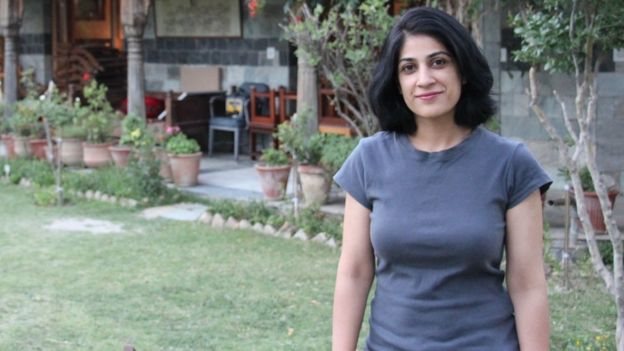 Some months ago, I published a story on Qandeel Baloch for BBC Urdu in which I identified her as a cultural landmark of sorts, a provocateur. Inevitably, the abuse followed. BBC Urdu and I were accused of having “nothing better to cover” for giving space to a “slut” who was disgracing the country.

The problem was not the story or even Qandeel Baloch – who had to deal with her own share of online nastiness. In the larger scheme of things, it represented the kind of abuse women have to face online.

As a female journalist, harassment becomes personal and well beyond questioning the credibility of the work. Popular insults include “slut”, “prostitutes”, or worse. I was sent pictures of daggers when I did a story on the sectarian violence in Pakistan. And aside from the journalism, being a woman in the public eye can have another downside – sexually explicit messages. These can range from invitations for sex, to descriptions of rape fantasies to graphic images.

The fear in Pakistan always is that the digital hate could quickly become very real. 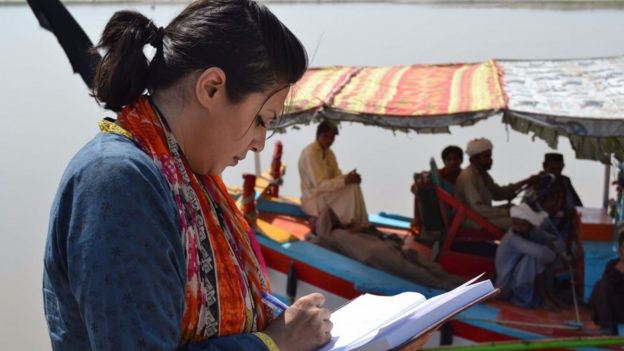 Saba Eitizaz – ‘I was threatened with an acid attack’

I was trying to tell the story of two Zeenats. One became ashes, and the other disappeared into thin air. As I covered the stories of Zeenat Rafique from Lahore, who was burnt to death by her own mother in the name of honour, and Zeenat Shahzadi, a young journalist, who was allegedly abducted by security forces for doing her job – it became clear to me what women are up against in Pakistani society.

As I tried to tell the story, I found myself in danger of becoming one. Suddenly I was the target of systematic trolling on Twitter and Facebook. The attacks were not critiquing my story. They felt raw and personal. It started off with the usual words of abuse for women – “bitch” and “whore”. Then someone posted my phone number with the implicit advice to “teach me a lesson”.

I was left reeling from attacks that had nothing to with my journalism and everything to do with my gender. Then I received a message: “You are so fond of reporting. I am going to do an investigative report on your background. Let’s see what we find.”

I felt distinctly threatened and feared for my privacy, my family and friends. I became almost obsessive about checking the security settings on my social media accounts, terrified someone would get hold of my personal pictures and information. It’s almost suffocating, the combination of fear and fury.

I wanted to respond, to rationalise this onslaught that felt like such a violation. I wanted the online attackers to understand that I was a human being, but I was afraid to provoke them further. So I became silent.

Recently I got a phone call. A man I didn’t know said he didn’t like what I did and threatened to throw acid on my face. He recited my address for me. He said: “You report on acid attacks on women. Let’s give you a first hand taste of what it’s like.”

I know scores of women are disfigured by acid every other day in Pakistan. I know how cheaply it can be bought from any drug store. I know how easy it is to follow through on violence threatened. Now I look ahead to the stories I cover. But I also can’t stop looking over my shoulder. 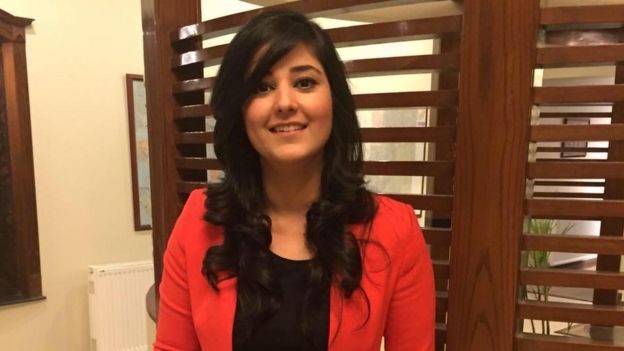 As a journalist, I’ve been ogled head to toe while sitting in a government office waiting for an interview to begin. In another instance, a police officer was staring at my breasts while answering questions. I have also been groped by a young man while covering a political rally. Over time, I have gained the confidence to call out the abusers and shame them.

But now I’m abused online as well. I’ve been recently trolled on Facebook for posting a status on how we, as a society, failed Qandeel Baloch. One user said I didn’t have a “good family background’. Another asked how I could come from a reputable family if I wore sleeveless shirts. For the same reason, another user said I was wearing “dirty” and “un-Islamic” clothing.

This kind of online abuse doesn’t bother me much as I have grown a thick skin but it’s another story when someone declares you an infidel. I’ve been called this several times because I report on the plight of the Ahmadi minority group.

After reporting on someone accused of blasphemy I faced threats. I was told they knew where I lived and where my office was. I was scared. Every time I would enter the office or my home, I was full of fear. I feel helpless when people hate me just because I’m reporting the other side of a story.

I feel especially vulnerable in the online world. I do fear death for commenting or even talking about religion online. And the worst part is I’m not a coward. I fought all my battles to get where I am but these issues still leave me shaken up sometimes. 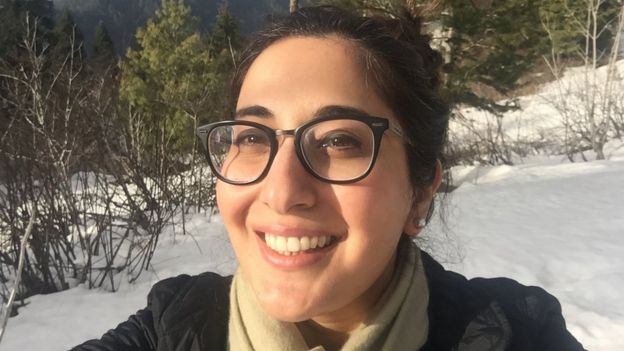 Nosheen Abbas – ‘I’ve been accused of treason and disloyalty”

Some time ago, I did a story on the minority Ahmadi sect in Pakistan. Although persecution affects all minorities in Pakistan, the degree to which Ahmadis are vilified is particularly fervent; in part due to the fact that they are the only minority the state has officially promulgated laws to suppress.

I made video, radio and online versions of my stories about experiences of survival and self-preservation in a hostile environment. Despite interviewing both sides – the persecuted Ahmadis and members of the mainstream religious authorities against them, I began receiving threatening messages and calls from all over the country for having painted the Ahmadis in a purportedly over-sympathetic light.

When my story was published in English it didn’t receive much backlash. But the response to the stories in Urdu, the local language, well that was a different story. When the story was posted on social media, it had to be taken down about an hour later because of the influx of threatening comments.

They ranged from threats of murder, to declarations of apostasy and accusations of treason and disloyalty to both religion and the state on behalf of a foreign media outlet.

At the end of the day these kinds of experiences make you feel helpless, and for a time, paranoid, lest someone decides to take “justice” into his own hands.