/ Home / Commentary / Spreading the Word on the Changes 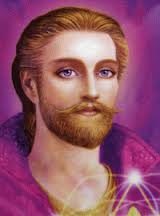 The rules changed? In what way?

The most obvious illustration is that we could not have had a physical Ascension two millennia ago. The body had to die first before we ascended. Here’s Michael confirming that:

“You have not had the experience of Ascension in this manner 2000 years ago. Yes, you are correct in that.” (2)

When I asked him if repeated experiences of Self-realization were needed before Sahaja was reached, he confirmed what St. Germaine said, that the rules have changed:

Steve: I think it was Sadhu Arunachala who said that one needs repeated experiences like this, repeated before something major happens. For instance, Brahmajnana or Sahaja Samadhi. Is that a correct statement?

AAM: It is correct. (Hesitating) Now, when it was written it was absolutely correct. But as you also know, the governing rules have shifted and changed. …

So for some, once is enough. For others it is repeated. But it is nowhere near the level of repetition that might we say was once required because the separation – what people have thought of as separation – is not so strong. (3)

What I called “classical theory” of enlightenment no longer describes the situation that exists today. Michael confirmed it: “Classical theory has served you well. Now you are on a new course.” (4)

Another way in which today is different from even fifty years ago lies in the phenomenon of entrainment.  The entrainment that’s happening among lightworkers would have been thought impossible by sages in the past – if they’d even have thought of it. Michael says:

“You are not looking for students or followers. What you are truly doing – yes, as pathfinders – you are showing the way, but you are also bringing along the collective in entrainment.

“Now the sages did not think of this, of their journey as a process of entrainment, of bringing the entire collective along. You do. And when I say ‘you’ I mean the current thinking and body of understanding and knowing in the lightworker community. So the fundamental premises have changed.” (5)

St. Germaine gives an amazing thumbnail sketch of one of the biggest changes – we’ll be able to visit all the dimensions, something that would not have been possible in the world of yesterday.

“You have decided to maintain form. That doesn’t mean we’re going to have you punished by not allowing you access to the 7th.

“That is the old paradigm. ‘You can’t come here, unless you die.’ Well, that’s not true! That’s what enlightenment and Ascension is about.

“You can go as far [as you want?], you can go and feel and be the Love that is the 7th Christ consciousness. You can have it all and then you pull it into your physical form so that you are a walking, talking, working, creating Christ-consciousness Being.” (6)

We are at once “physical” and at the same time freed from the once-existing barriers in dimensional travel.  We can visit other dimensions and bring the experience back into our ascended and crystalline physical form.

If that statement does not embrace the whole circumstance that has changed – the new space, the new form, the new rules – which is causing a cascade of change all down the spiritual line, I can’t think of what else might.

(1) “Transcript: Heavenly Blessings – St. Germaine on Where to Look for Results,” channeled by Linda Dillon, July 15, 2014, at https://goldenageofgaia.com/2014/07/30/transcript-heavenly-blessings-st-germaine-on-where-to-look-for-results-aired-july-15-2014/.

(3) Archangel Michael in a personal reading with Steve Beckow through Linda Dillon, Feb. 17, 2017.