The Disclosure of Our Star Family

December is usually a good time for me to get a few things done.

Everyone’s busy shopping or beautifying the place and I’m here at the keyboard!

Since we already put your early Christmas present (Financial Wayshowing and Stewardship) under the tree, let this next book be our New Year’s gift.

The Disclosure of Our Star Family is a conversational exploration of our star family and what they’re doing here. And what keeps them from landing. And what we can expect when they do.

I append the “Intro” and will let it speak for itself.  The book itself appears at the foot of the post.

My intention is to have a line up of books ready for when the Reval hits. In the present book, Ashtar says that the Reval and Disclosure are very much linked. The Reval will raise our vibrations so that we and the galactics have a better chance of achieving a compatible frequency.

So Disclosure could come close behind the Reval. Could. Just saying. Not predicting.

The Disclosure of Our Star Family 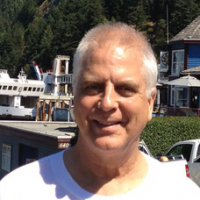 This book brings together two interests of mine: extraterrestrial life and channeled literature.

I’ve been a student of channeled literature since around 1976.

It began with an interest in the spirit world. It was only fairly recently that it expanded to take in the galactic visitors who’ve been watching over us since our beginnings.

They in fact turn out to be our parents, our ancestors. We’re about to experience a family reunion of universal proportions.

I can’t adequately express what an honor it’s been to be introduced to them through their words. Their view of life, the love they freely share with us, their deep but pracical wisdom have been a constant delight to me.

I say this after having come off a diet of reading nothing but the works of enlightened beings for a decade prior to coming upon channeled messages from galactics.

The last Age was the Kali Yuga or Dark Age, Hinduism tells us. The next Age is the Sat Yuga or Golden Age. The Age of Aquarius to some. The New Age to others.

Since late 2012, we’ve been mounting an energy ladder deeper and deeper into higher densities of consciousness. I know I feel better and better and have never had as many spiritual experiences as in the last two years. I don’t need much convincing.


The Porlana C energy that is raising our consciousnesses has been beamed from “elsewhere.” Higher-dimensional societies are beaming it. Exalted beings are.

No one is more exalted than the Divine Mother – a conventional way of referring to God in its active as opposed to God in its passive phase – and she is beaming her energy.

All that happens happens according to her will. Galactics, celestials, terrestrials, animals, plants all follow her will.

And it’s her will that Earth shall return to Fifth Dimensionality and that Earth’s Ascension will be the first in the universe in which people ascend en masse and retaining their physical bodies.

Prior to now, an individual could ascend, but only after shedding the body. Ours is the first of a new variety of experience, opening up into a new space.

So the galactics have a lot on their plate.

Am I a part of the “boots on the ground”? You bet your sweet bippy I am.

We’re all originally from the stars and I’m apparently from Arcturus.

Not like I know anything about it, but there you are. It makes a helluva story.

I’m excited about Disclosure. We’ll hear the truth of our history, enter into an age of health and abundance, and travel the universe – what’s not to like?

In the meantime, don’t be satisfied with knock-offs like Project Bluebeam, the old order’s holographic attempt to make you afraid of the galactics.

The real thing from the Pleiades, Andromeda, or Sirius will make the cabal’s secret space fleet look like “tin toys and party favors.” And the galactics tell us that they won’t let Project Bluebeam steal the show.

Let’s stop the truth embargo against the existence of our space family.

Let’s cease from misrepresentating our galactic family as being hostile, predatory, and unloving and ridiculing us who wait to greet them.

And let’s welcome our family from the stars and let the good times roll.