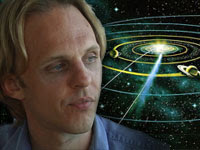 A key extract from David Wilcock’s C2C AM 8-22 Radio Interview…  David reveals some previously-unknown details of why Disclosure failed in Nov. 2009 and what he knows about  NESARA.

In this 7-minute (1 MB) clip from Part 2 (from video 3/4) of the Coast to Coast AM Radio shows (which were posted here [YouTube videos] and here [mp3s]), David defends himself against George Noory’s charges that Disclosure has not happened. David reveals apparent threats against President Obama’s life, the “counter-insurgency” against the Old World Order (led by BRICS – Brazil, Russia, India, China and South Africa), planned mass arrests of cabalists, and the introduction of NESARA.